Day 6: Final Day of Singapore and Back to Sydney

I have to be honest, my last day in Singapore was a bit boring.  I got up early, had breakfast in the hotel and went back to bed for a few hours.

The breakfast is served underground in a dining area adjacent to the indoor pool.  It was a continental buffet but didn’t have much selection and you had to order your eggs etc when you arrived so they’d be cooked and served to you.  The scrambled eggs were probably the best part of breakfast.

I did wake up early enough in the afternoon to grab an MRT Train into Chinatown to get a last fix of KFC.  Did I mention that Singapore has awesome KFC?  It rained a few times while I was in Chinatown but I did go outside and take one last look at the Parkroyal on Pickering next door to the center just to ingrain it in my memory for another year or so.  I did explore the shopping center a little more this time and actually found it was much bigger than I had originally thought.  I even found a pharmacy and bought some cream to help with my poor rashes. 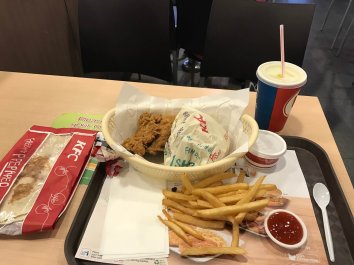 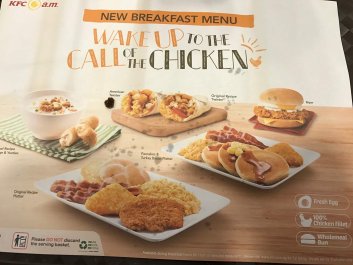 After only ever using the MRT for one day I was starting to feel like a bit of a pro and finally have an idea how to get around.  The only issue was the station nearest my hotel has a lot of exits and it took me a while to work out which one actually come out nearest the hotel without having to walk a long way above ground.  Most of the underground is shops so I was able to navigate by remembering certainly landmarks.

On my way back to the hotel I even managed to find some more quirkiness in the Underpass with a couple ballroom dancing, and a bunch of guys riding skateboards.  Here’s some video:

After spending some time in the hotels outdoor area overlooking the Marina Bay Sands, I went and packed my bags and checked out nice and early to get a taxi back to Changi Airport.  The driver was extremely friendly and we talked a lot about Sydney and Singapore and the differences between the two places.  The people in Singapore are super friendly if you can get them talking.  Taxi drivers mostly always like to talk.

I collected my boarding pass and made my way through immigration and found a smoking lounge to relax in before the flight.

Changi has something for everyone and while I didn’t feel like watching a movie or taking a swim or checking out the butterflies I did look around at some of the other amenities.  There are places to nap, watch TV, whatever you like.

I wasn’t able to get hooked up to the Changi wifi, it’s a bit of a pain to be honest.

After making my way through the terminal I checked into the gate, had my bags scanned and got on the plane, fairly exhausted by this point.

I was super lucky, the man next to me asked the flight attendant if he could move to sit with his wife so I had both seats to myself.

I slept most of the flight and was woken up around 9am AEST for breakfast before landing 2 hours later.  The Scoot Dreamliners are awesome planes, not the most comfortable being a low cost airline but certainly up to the task. 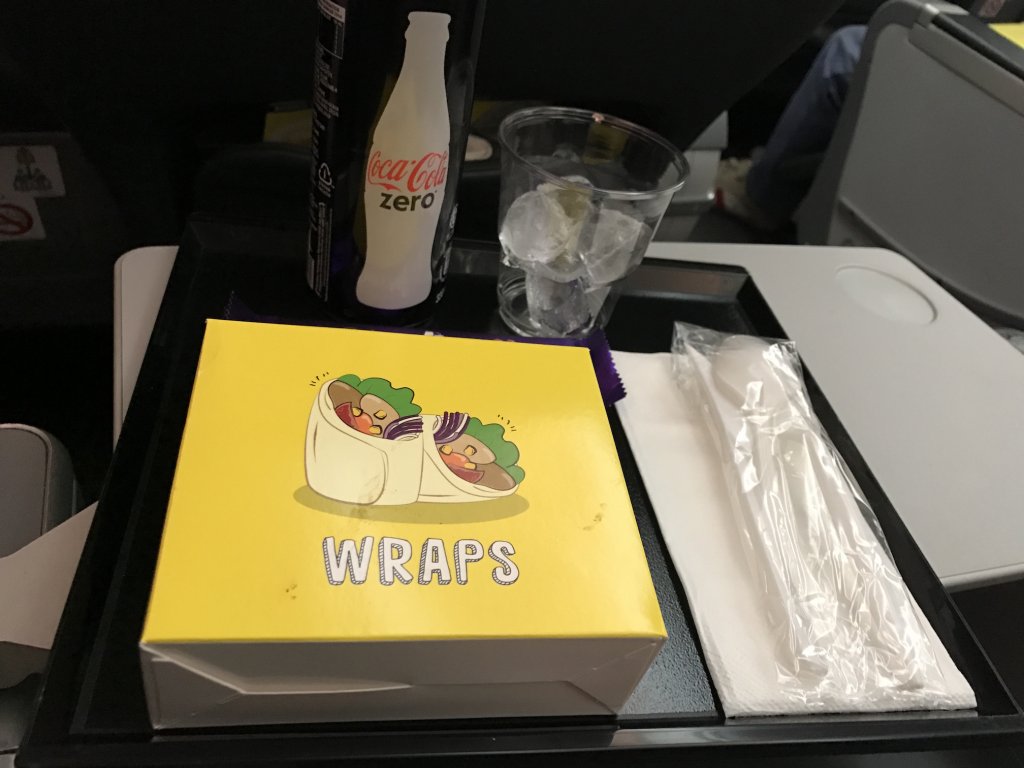 The funniest part of my whole trip was arriving back at Sydney Airport.  After clearing immigration I was sent to the declaration line as I had declared tobacco products on the incoming passenger card.  Waiting in line the customs agent was getting frustrated with people not having their card filled in.  He got to me and said “What, you dont even have a pen” where I replied “No sir, I have completed my form already”.  He’s taken a look and asked what I have.  I told him I had 2 cigars I have bought for a friend and about 30 cigarettes.  He replied “AND THE TRUTH, SHALL SET YOU FREE” and he’s moved the rope aside and sent me to the exit.  Gotta love Australia.

Anyway, that’s my holiday.  Hope you’ll leave a comment or two on these pages and I’ll write for you again next time I go somewhere great.

Day 5 – Back to Singapore

Day 6 – Last Day in Singapore – YOU ARE HERE NOW