On May 26th, 2019 the NSW state government was able to unveil their long awaited Metro North West project.

The new Metro line runs from Tallawong in Sydney’s North West through to Chatswood on the North Shore as phase one of the new Metro services coming to Sydney over the coming decades.  Some of the line existed between Epping and Chatswood and was converted while new tunnels and above ground lines and stations were constructed west of Epping over the past few. years.

The rolling stock is driverless trains of the same design found in Singapore with standing space a plenty and seating along the walls of the carriages.  Stations are equipped with security doors to keep passengers away from the tracks.

Opening day saw free travel on the new trains and the public certainly showed up in their masses to try out the driverless trains. 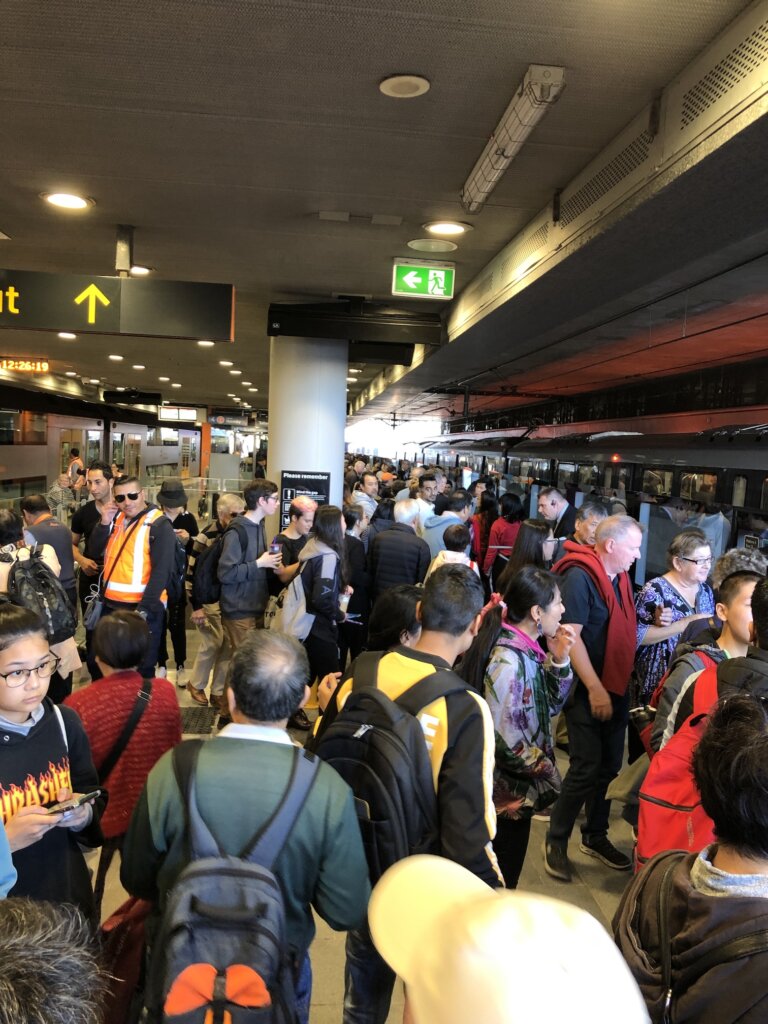 The trains operate approx every 5 to 10 minutes depending on peak demands and run a turn up and go service, meaning there is no specific timetable.

The trains arrive, doors open on the train and platform, passengers embark or disembark and the train speeds off to the next station.  There’s no delays waiting for people to run up the stairs, the train doors close after a predetermined time. 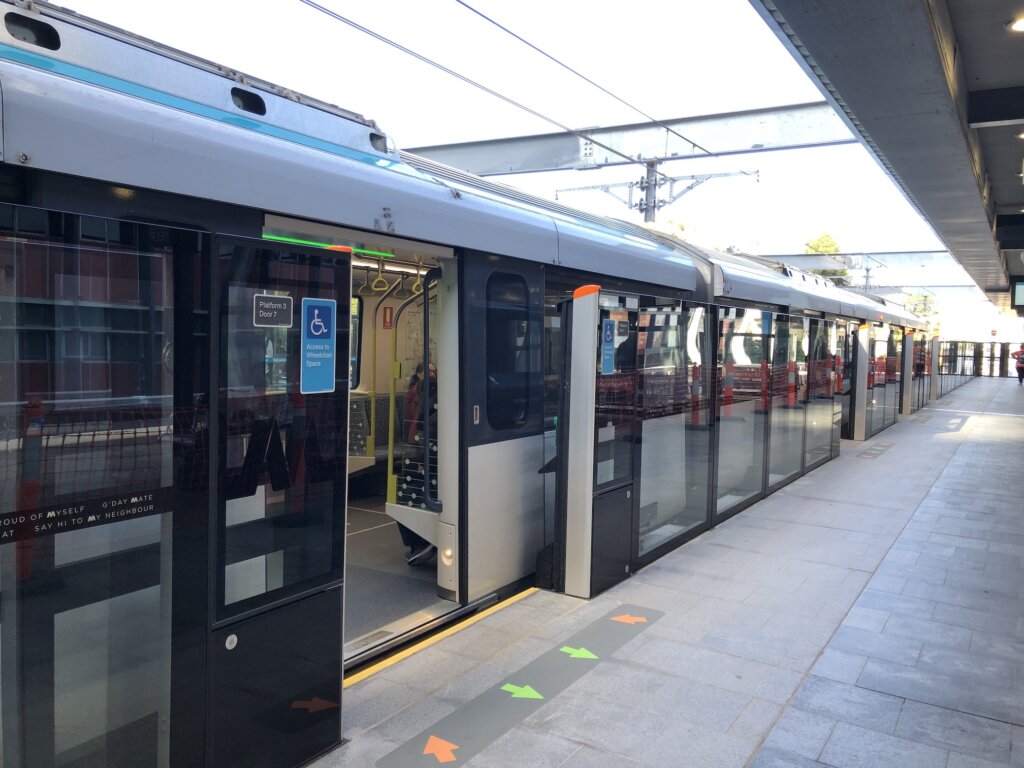 The ride from Chatswood to Tallawong was uneventful.  The train itself was packed but the service run as expected until it reached Tallawong.

Unfortunately for me this is where everything turned into a mess.  A train at Macquarie Park had a hiccup and caused the entire network to freeze.  Trains stopped running and soon the crowds at Tallawong waiting to return to Chatswood were growing and growing.  The trains were coming in around every 20-30 minutes and it took a long time to free up the backlog of passengers. 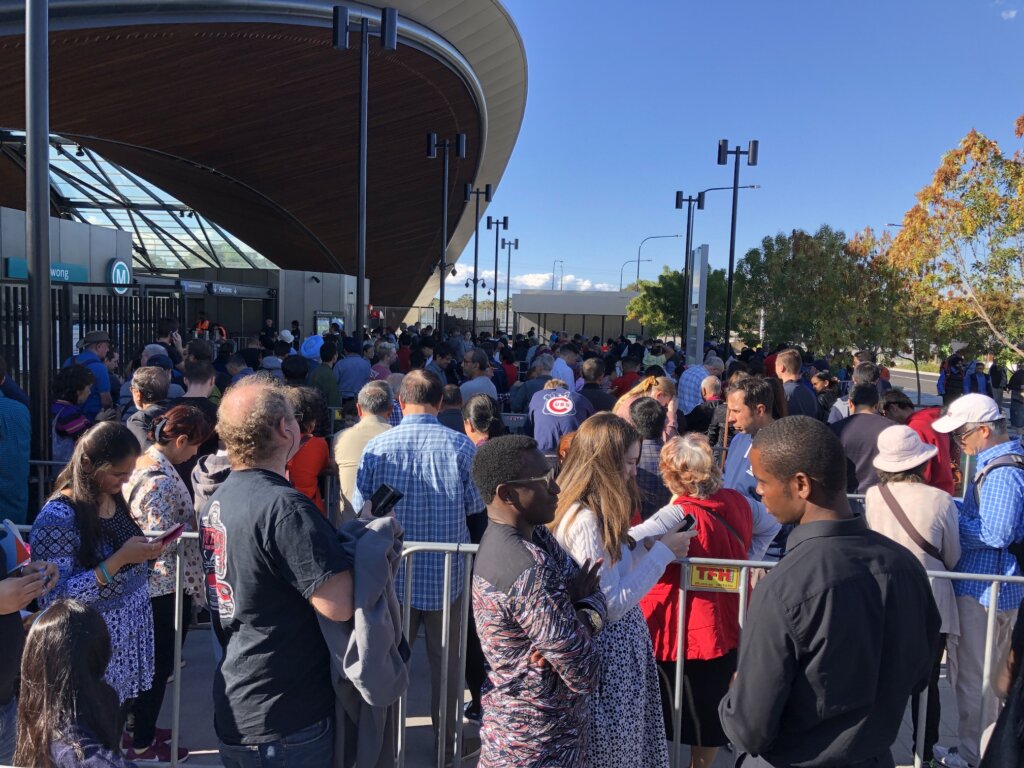 All in all, as an entirely new network some teething issues are expected, despite 1000s of hours of testing before opening day its not always possible to simulate 1000s of passengers on a train stopping at stations etc.

The trains occasionally would overshoot the stations and in some cases give up and skip them altogether for some weeks after the opening.  Metro staff started riding the trains in order to fix any problems as they cropped up.  During June I did observe the train get stuck at Macquarie Park and not move from the station.  A Metro staff member come and manual reversed the train to open the doors and get everything running again. 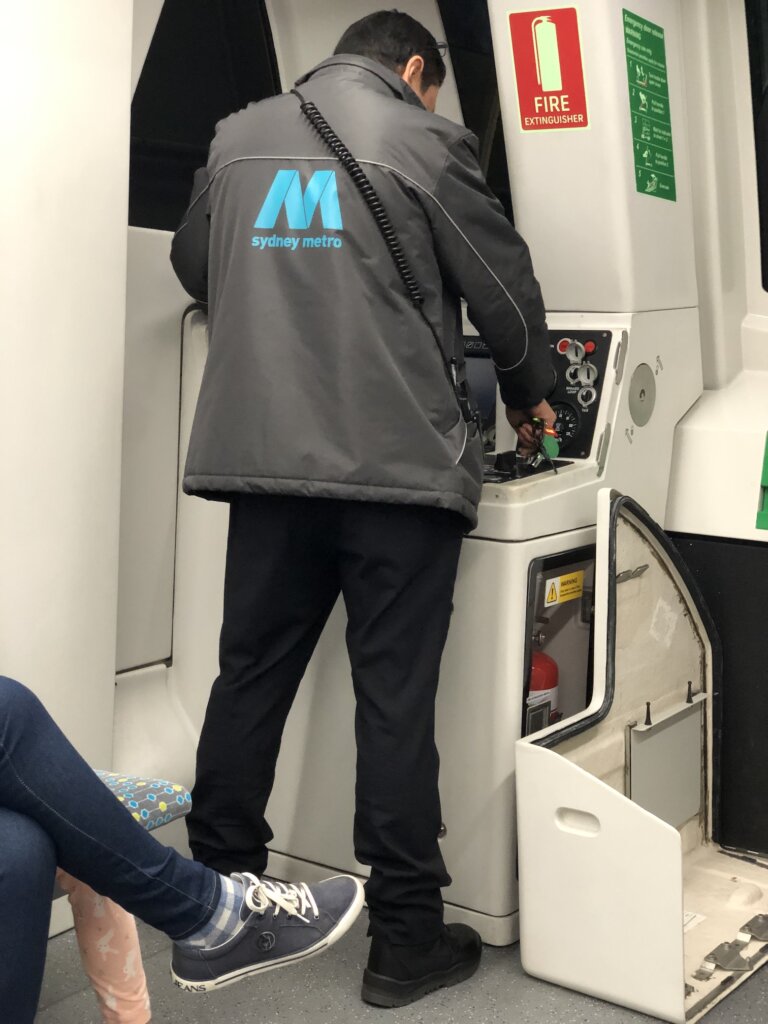 Reports of this occurring have slowly disappeared after a few months with the system operating mostly without issue.

The lines are currently being expanded to go under Sydney Harbour to all new city stations before joining up with the Bankstown line which will covert to Metro standards and complete the North to South Metro.  With other lines already being explored including the Sydney to Parramatta CBDs and the Western Sydney Airport we can only hope that Metro will bring Sydney into the 21st century with a fast, efficient rapid transport service.