After driving out of Auckland we continued south on Highway 1 until we spotted a tourist drive.  Not wanting to miss a good opportunity we detoured off and followed Highway 2 until we reached Thames located at the southern end of The Firth of Thames (which is a large bay located in the north east of the North Island.

Not wanting to miss an the occasion to try an international KFC we stopped off for lunch and tried out the food.  The menu is slightly different to Australia so it was interesting trying new things. 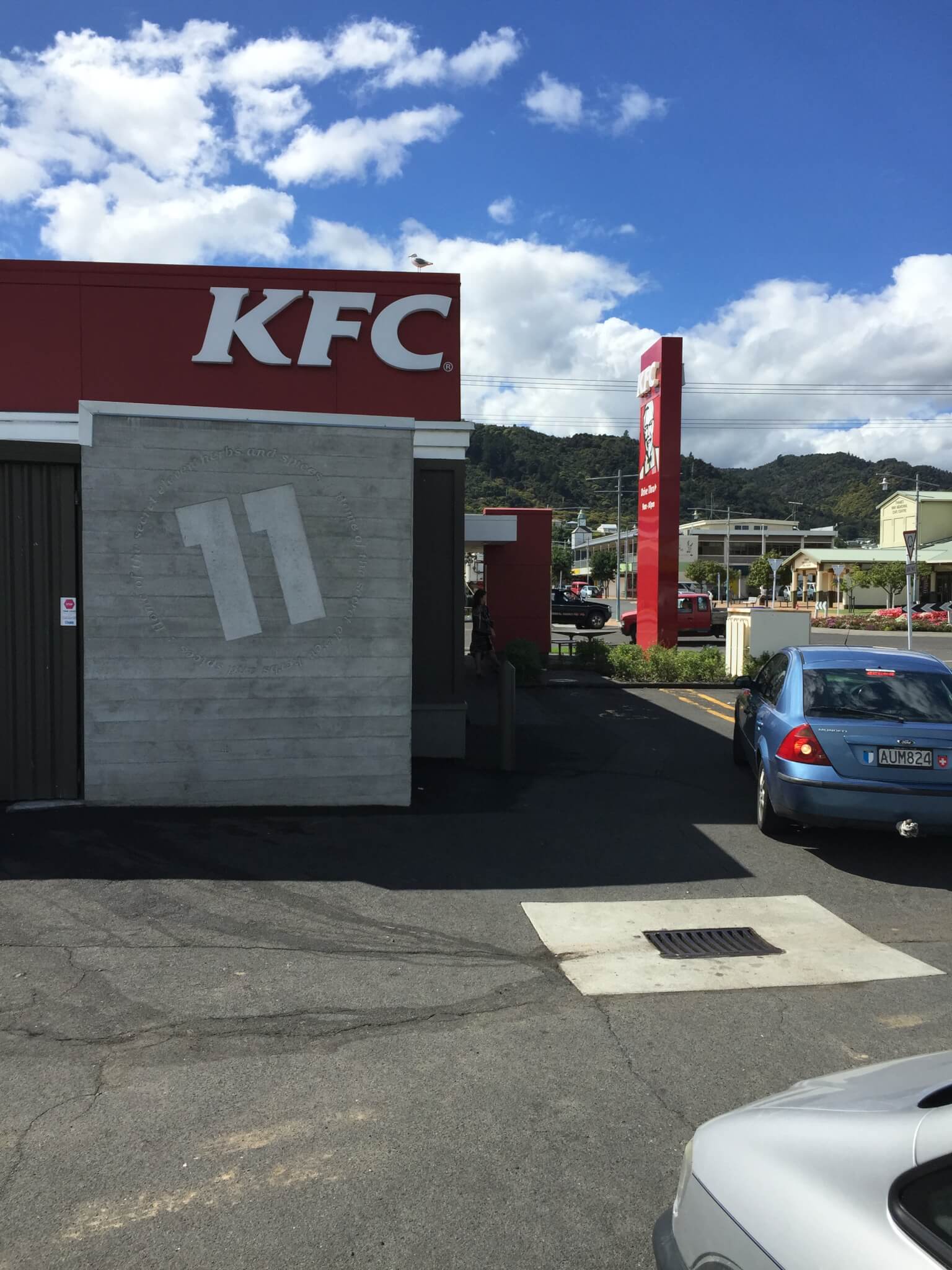 Rather than drive all the way back to Highway 1 we decided to continue along the tourist drive to see where we would end up.

Continuing along Tararu Road north towards Corromandel the road hugs the side of the bay most of the way along.  The road can be quite treacherous with lots of sharp corners so it was slow sailing along most of the way.

Just out of Thames was a small beach covered in birds which stopped and took photos of. 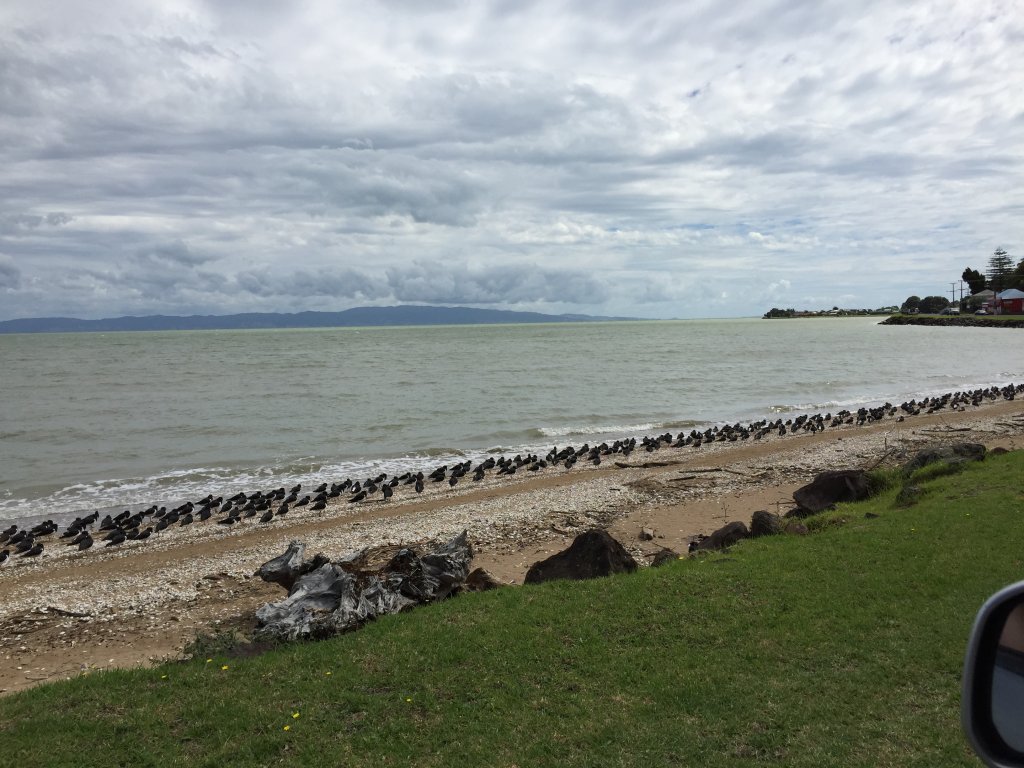 Birds on the beach Near Thames

The drive to Coromandel took a little over an hour with a few stop in between to take photos.  Once we reached Corromandel we realised there wasn’t a whole lot there to see so continued on across the mountains to the coast.

About half way between Coromandel and the coast we found a small cafe/restaurant nestled on the side of the road next to the Opitonui River.  We stopped and Crystal ordered some fresh oysters while I ordered a New Zealand hot dog which wasn’t quite what i expected.  They’re actually what’s called a Pluto Pup or Dagwood Dog in Australia.  Still, it was delicious and started a bad trend of eating these for the next few days whenever I saw somewhere selling them. 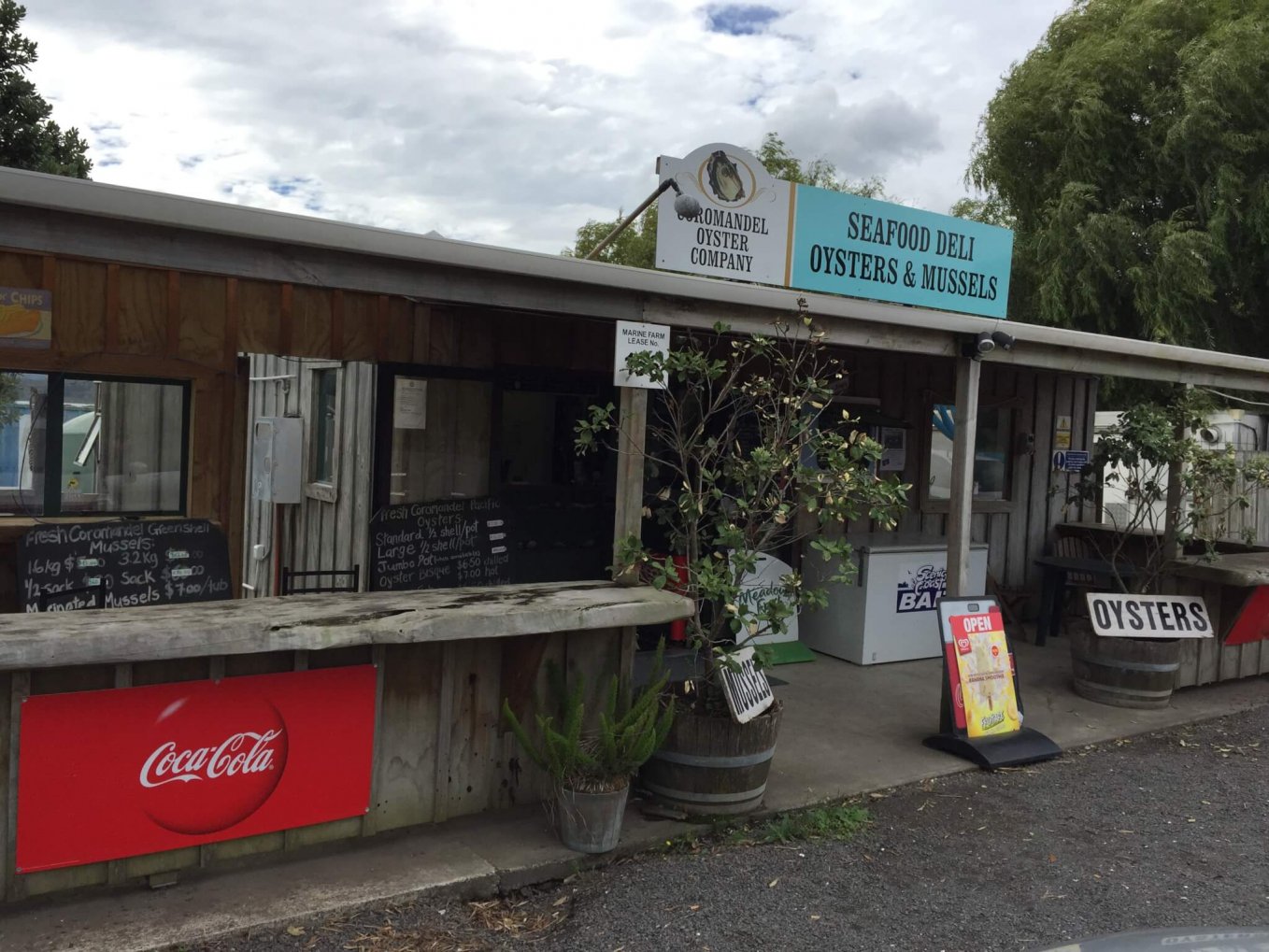 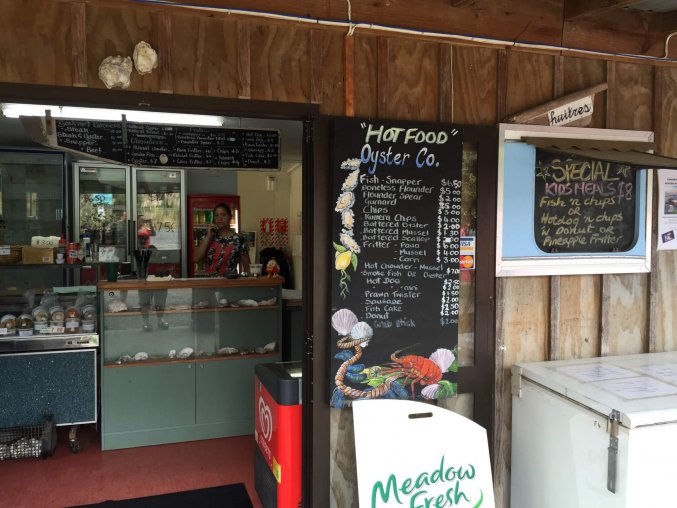 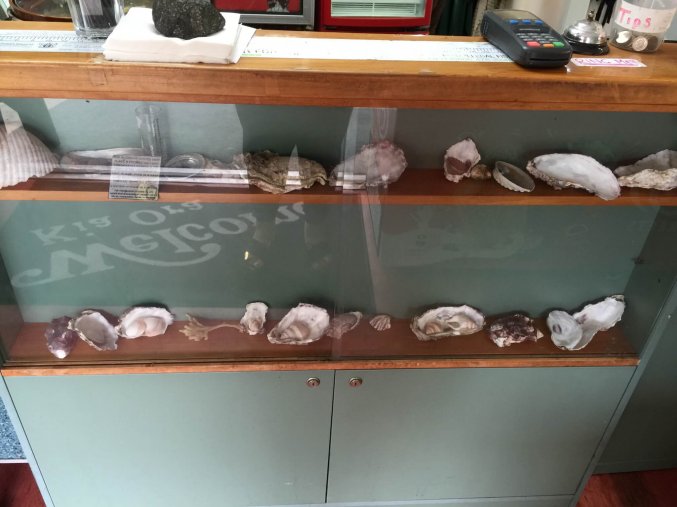 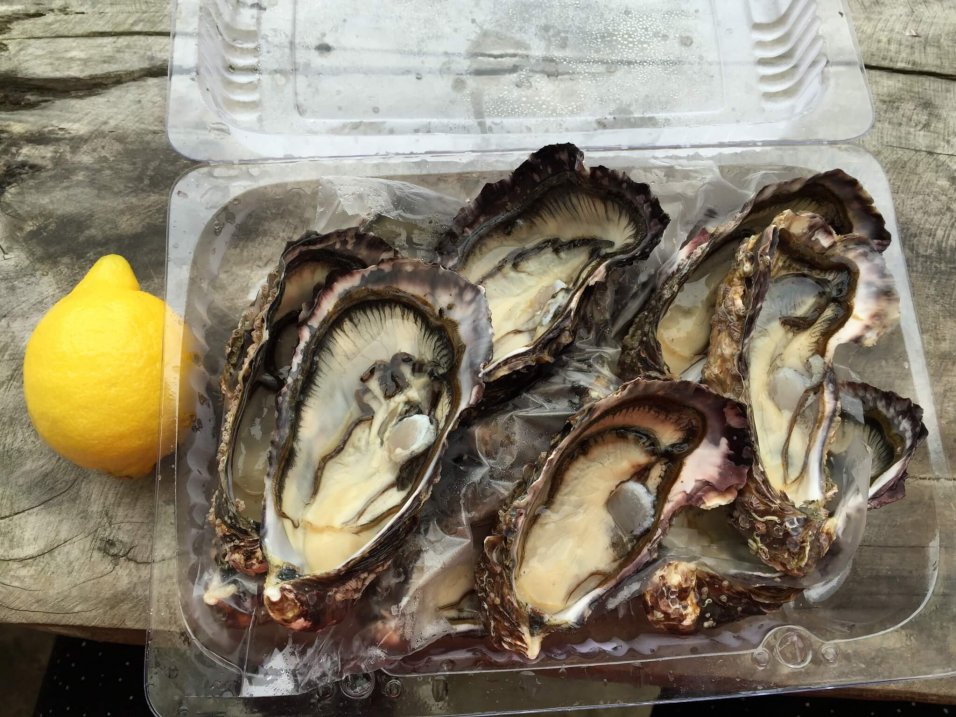 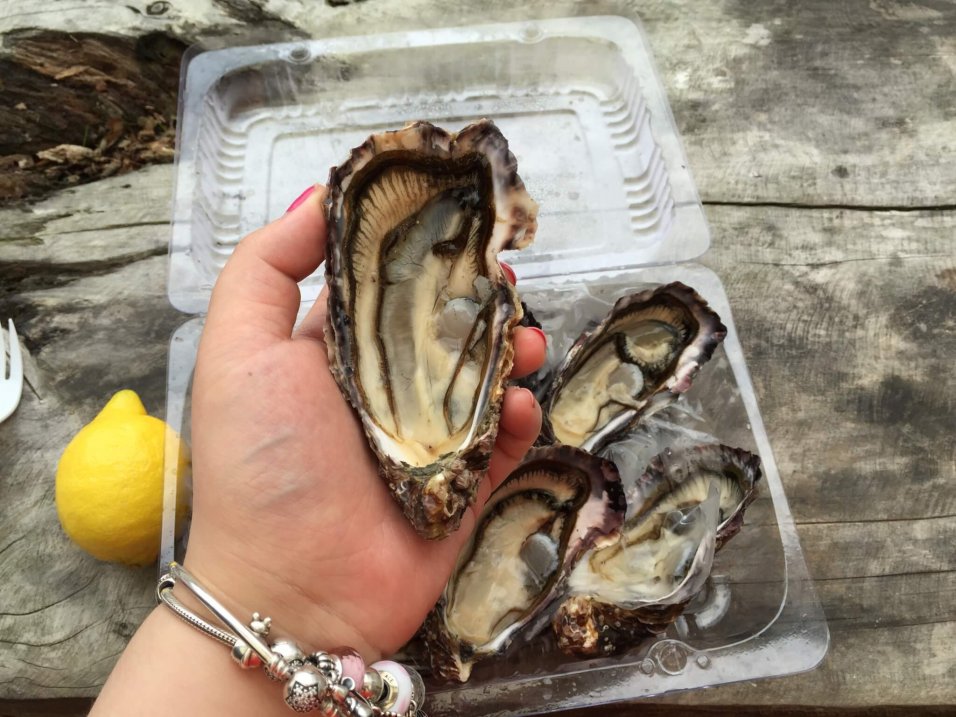 We soon reached the East coast at Kuaotunu before heading south again.

From here the drive was again long going through mountain areas with winding roads.

A few hours later we stopped at Waihi Beach.  I met up with a man who had just come out from a surf and after a bit of conversation he started telling me his daughter lived in Northern New South Wales so he had some ties back to Australia.  This would be the first of the people with Australian links I would meet during this trip. 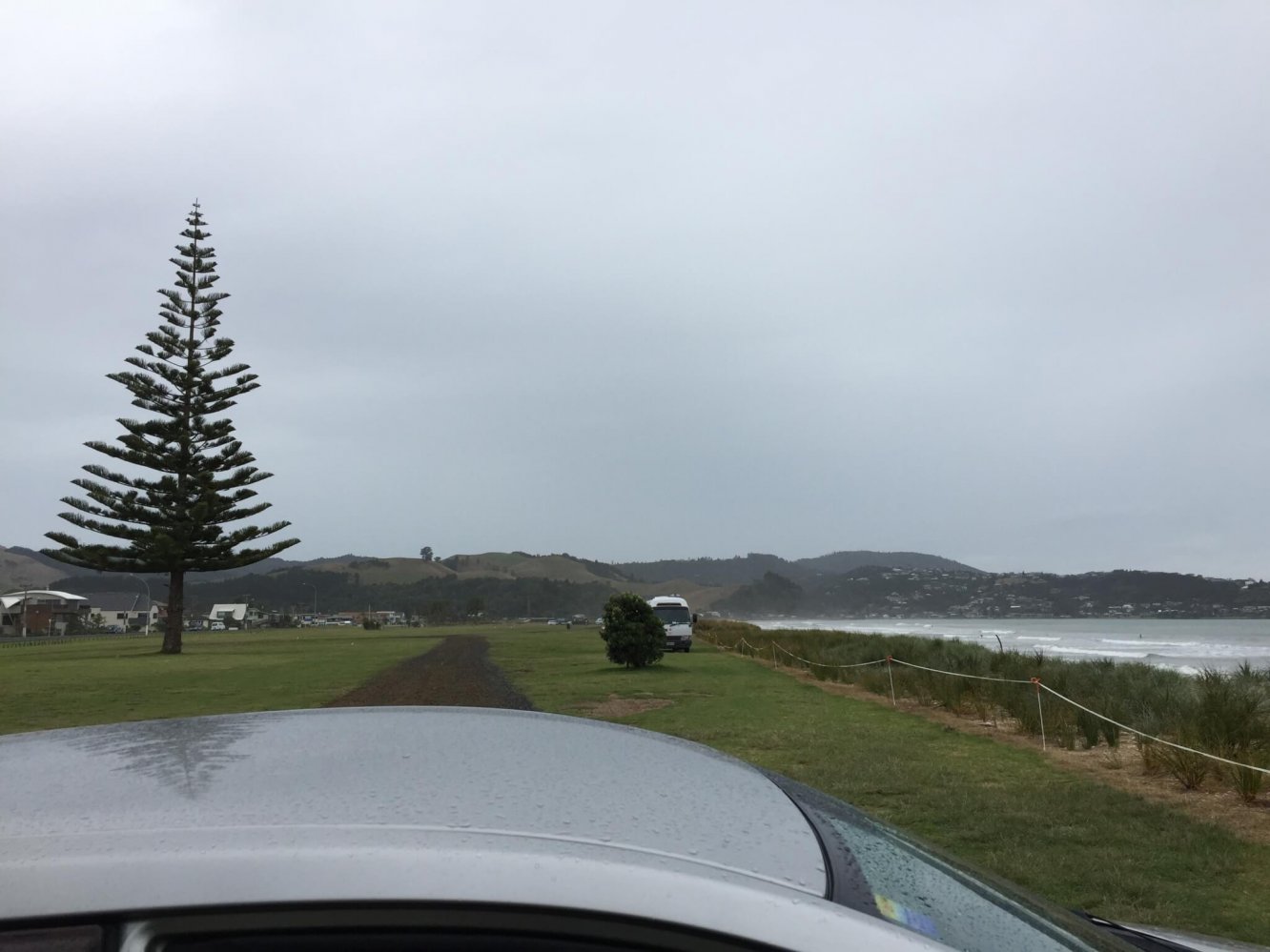 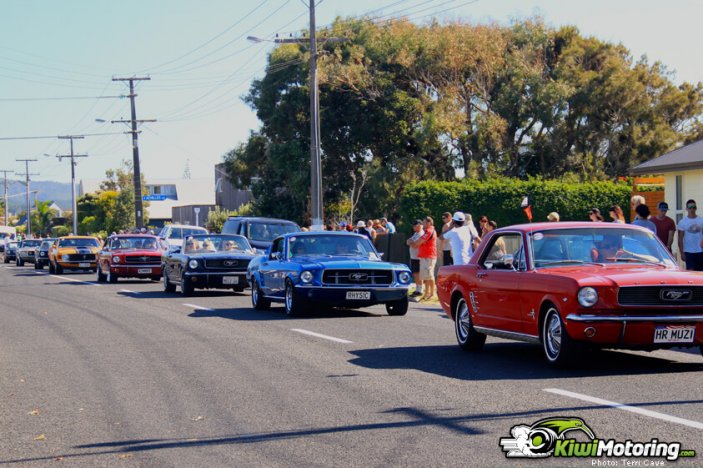 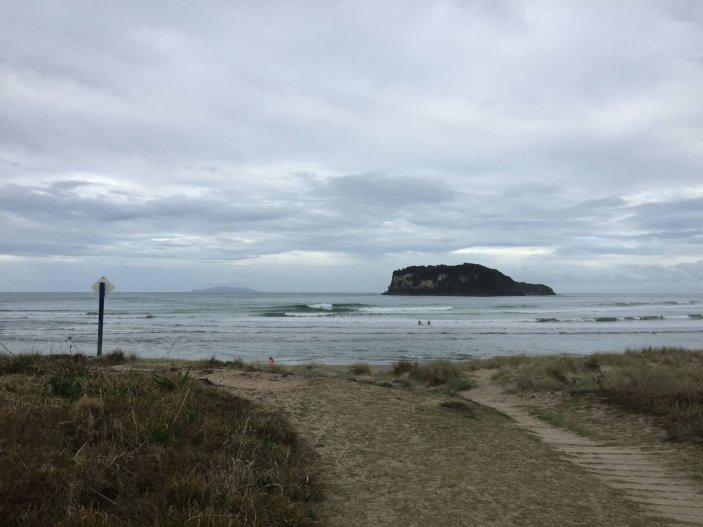 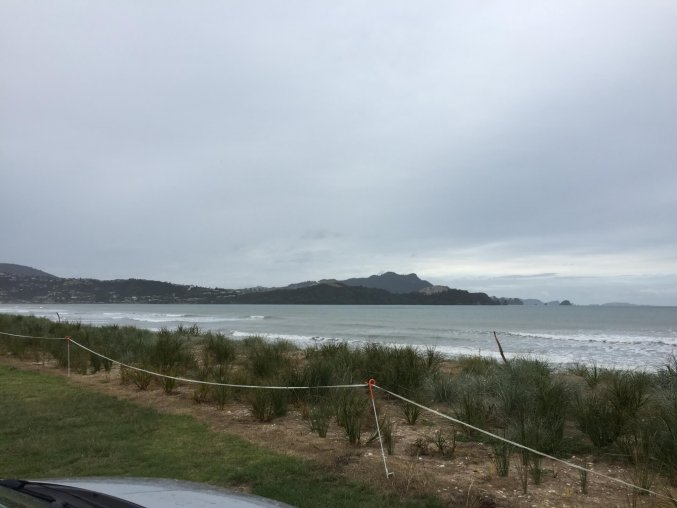 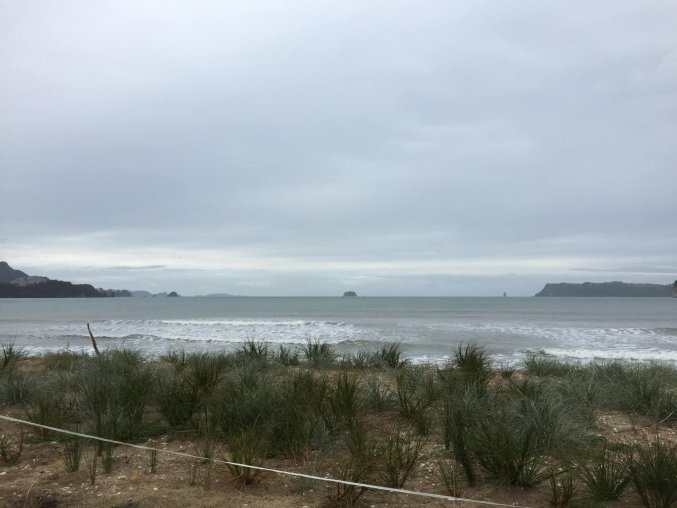 The town was absolute chaos due to a vintage car festival with old time cars, bikes, caravans and trucks everywhere.  For anyone interested the event is known as Beach Hop 2015 and runs every year.  More info over here.

A short stopover here and we were getting weary.  The day had taken on more driving than I had planned and I was keen to have a good meal and work out where would stop for the night.

We had planned to be in Rotorua by now.

After reaching Tauranga an hour or so later we were both too tired to bother looking for something to eat or to stop and look at the area.  It was just on dusk and it was getting dark.

I found the quickest directions to Rotorua and stopping only briefly to find a hotel on Wotif we headed south again.

We arrived in Rotorua about 8pm and found the CBD.  The first restaurant we saw was a Thai restaurant located on Fenton Street which was only a 5 minute drive to Rydges Rotorua where we spent the night.

Our room at Rydges was great after the cheap acoomodation the night before.  With a huge bed and a spa it was relaxation 101. 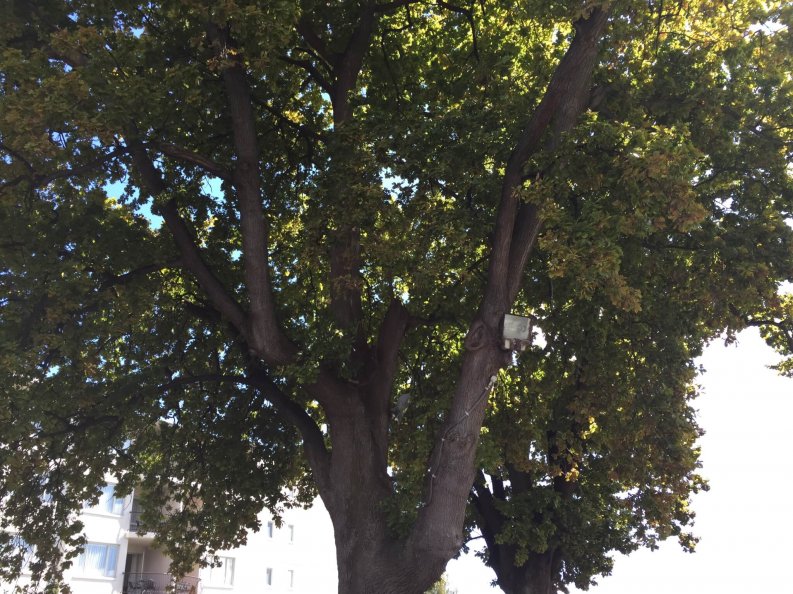 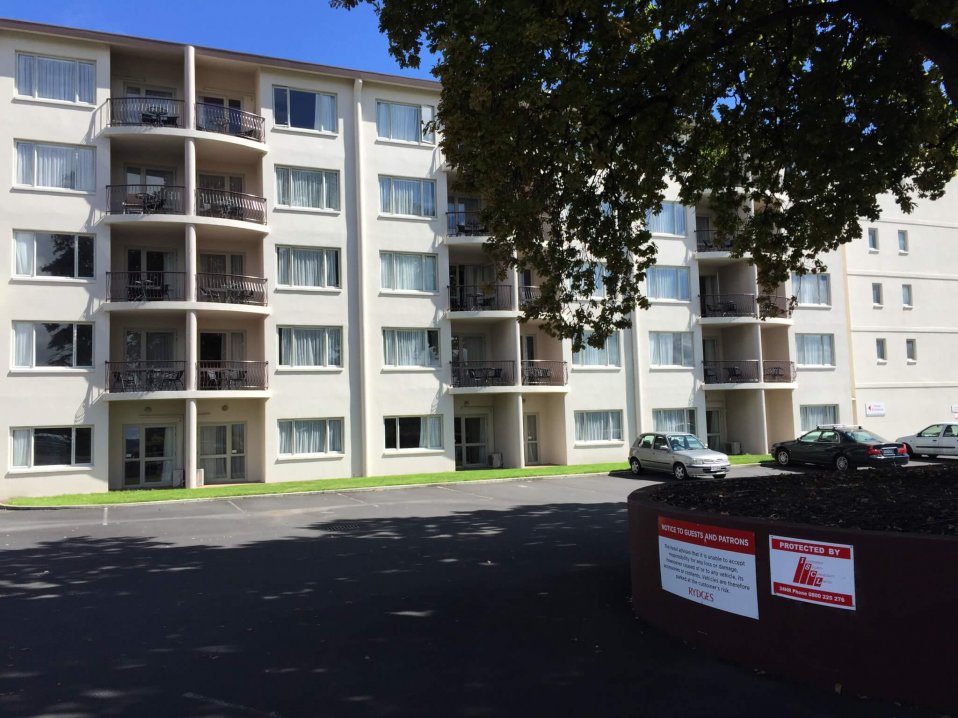 Rydges Rotorua Out the Back 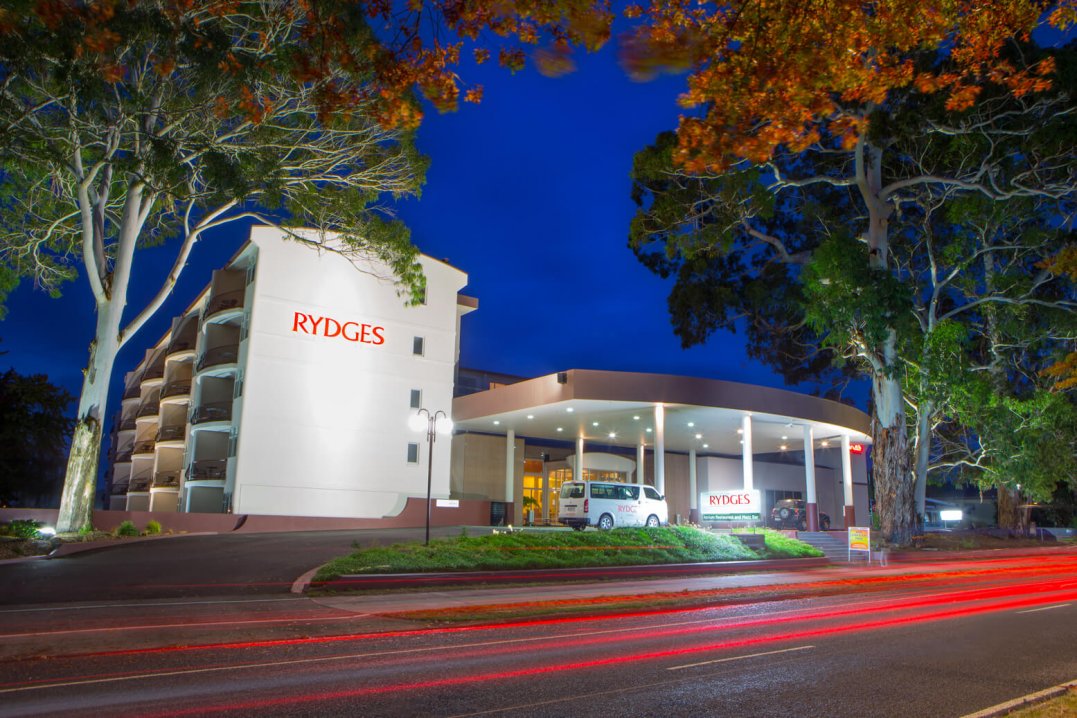 Tomorrow we will explore Rotorua in the daylight before driving on to Wellington.