Scoot is a low cost airline owned by Singapore Airlines.  They are also kind of affiliated with Tigerair Singapore and will soon have all planes braded with the Scoot livery.

I have flown twice from Sydney to Singapore (and back) with Scoot, back in November 2015 and November 2016.  Scoot operate the all new Boeing 787 Dreamliner planes which are a lot more soothing to fly in than other aircraft.  For a start the windows are a lot bigger, the air a lot less dry and the lighting rather pleasant.  They’re a whole lot quieter too.

Scoot offers a premium service called ScootBiz or standard economy.  While a no frills airline they do have some great features which make the worth a look in next time you’re wanting to head to Singapore and beyond.

ScootBiz gives you a large seat up front of the plane, it’s comparable with many airlines premium economy and includes a meal and in-seat power.  You can also add on other options but more about this later.  The seats recline and have foot rests but aren’t always the most comfortable, especially when the people in front recline and you need to climb over your seat to get out.  Seats give 38″ pitch and 22″ width.

All addons can be purchased by any guest and include first on board, meals, wifi, and more.  You can read more about their offerings over here.

The meals are asian style but quite delicious although rather small.  There are other snacks available on board.  Scoot don’t allow you to bring your own food or drinks on board and will often get cranky with you if they see you consuming something.

The onboard entertainment is via your own device and there’s a few movies and TV shows in both chinese and english to enjoy.  There’s not too many options however so if you get bored when you fly I suggest you bring some of your own entertainment.

The power in the seats is also a standard plug in point not a USB point so be sure to bring your whole power adapter with you.  I’ve always managed to plug in my Australian adapters and not sure what support the seats have for other country’s setups.

The inflight wifi is activated whilever the plane is about 10,000ft and varies in its usability.  One flight had great service with moderate speeds while another had horrible service that barely worked.  You can either pay for 24 hours of use (which is good for multiple flights within 24 hours) or 1 or 3 hour blocks.

While I’ve had a couple of hiccups with Scoot, for the most part the experience is worth the cost.  They have sometimes got flights running behind schedule and their staff can be a bit hard to talk with onboard but they are friendly.  Probably the worst part is if you need to change a booking, this is close to torture, and checking in can be a bit of a nightmare as well.

I strongly suggest splurging that bit more on ScootBiz as the perks while nowhere near Singapore Airlines First Class, are at least better than cattle class.

You can find more details about Scoot and it’s offers over at their website www.flyscoot.com 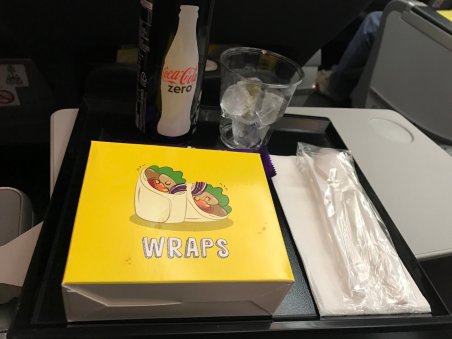 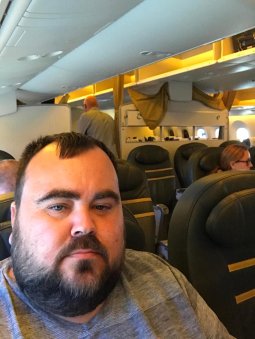 Me On Board Scoot Biz 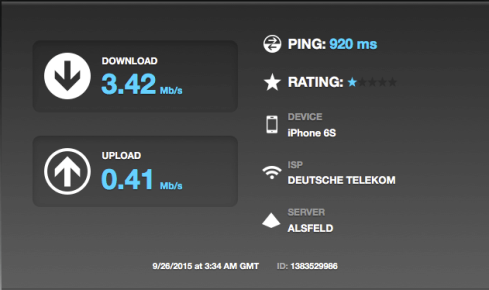 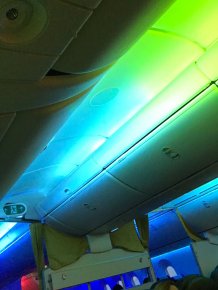 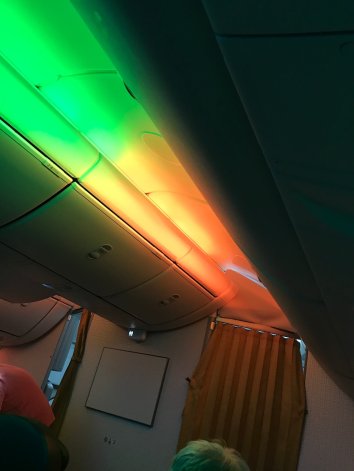 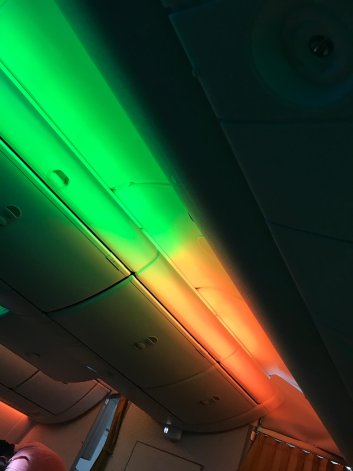 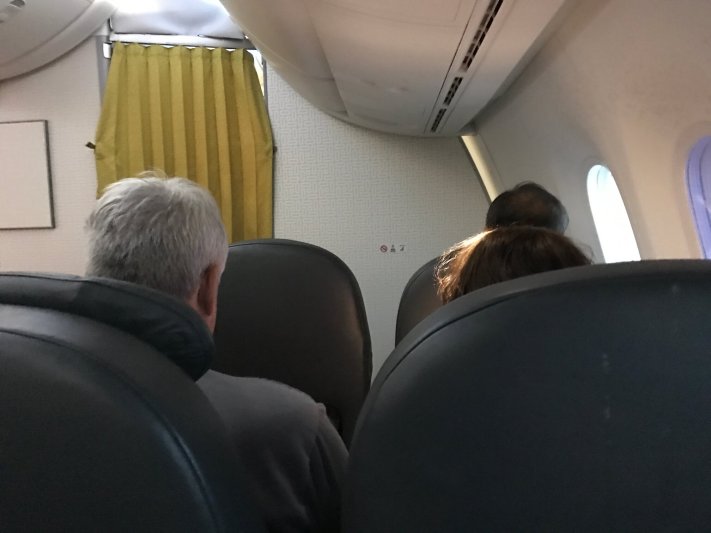 Update: I have recently (April 2019) flown Scoot from Manila to Singapore on their A320 plane (inherited from Tigerair), while certainly not a ScootBiz experience the flight was comfortable enough even despite my size.  I wouldn’t want to be stuck in the seat for more than just under 4 hours flight time from MNL>SIN especially with seat friends.  Still I managed to sleep most of the flight and for me that’s what I am aiming for on all long flights.