The Rydges Adelaide (also known as Rydges South Park) is situated on the city fringe with the city on one side and parklands on the other.  My room view was of the city although Adelaide doesn’t really present a “city” vibe, it feels like more of a large town.  You won’t find skyscrapers here.  Probably the park view would of been more interesting.

The hotel has a “we’ve given it a fresh coat of paint” feel but still feels very old.  The lifts are circa 70s or 80s and feel as such with the doors sometimes slamming closed while you’re half way through.  The room had a new air conditioner mounted in the corner but the minibar was old.  There was definitely a blend of old and new all round.

Speaking of the air condtioner, it had a big LED display up front showing the current operating temperature.  This LED display lit up the room all night like you’d expect from a flood light peeking in from around the curtains.  Not so great. 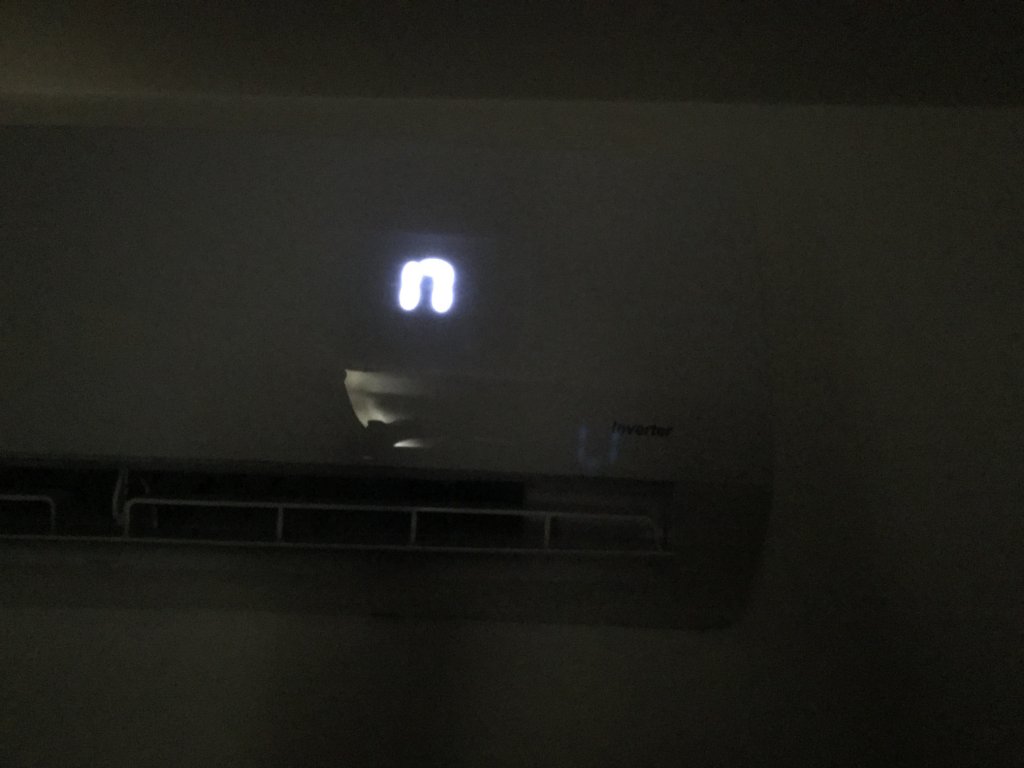 The temperature indicator lit up the room all night with its LED glow.

The room itself wasn’t too bad, the size was about average for a hotel room, maybe a bit smaller than most other Rydges hotels I have stayed in but. 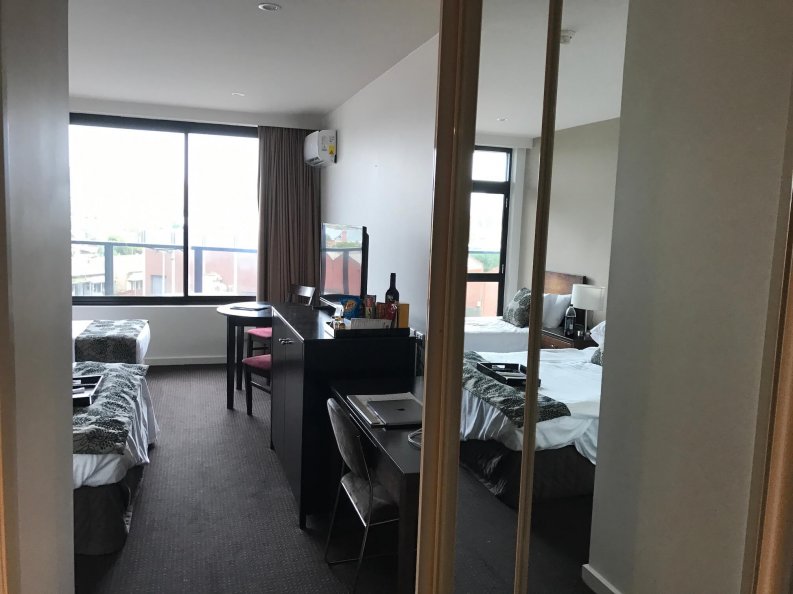 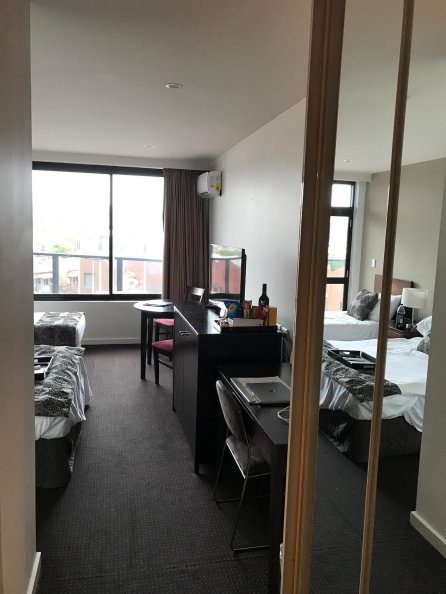 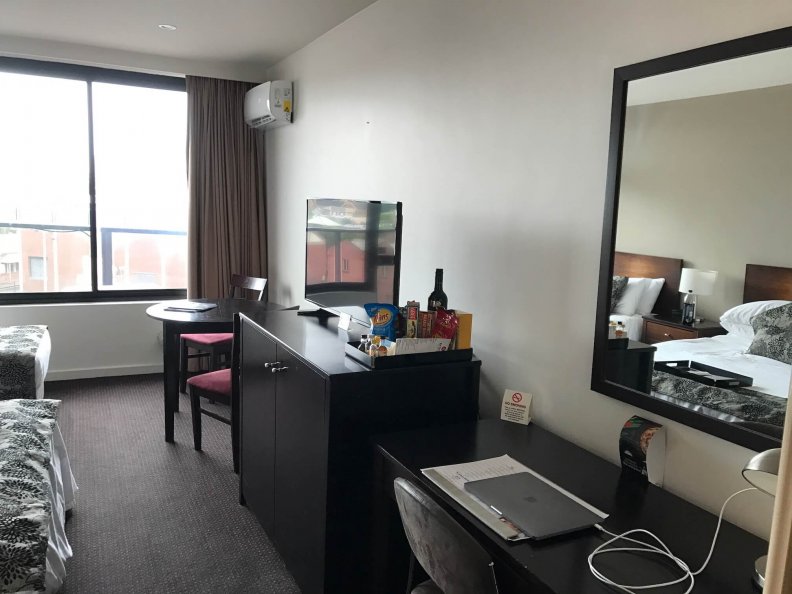 The MacBook Pro doesn’t come with the room. 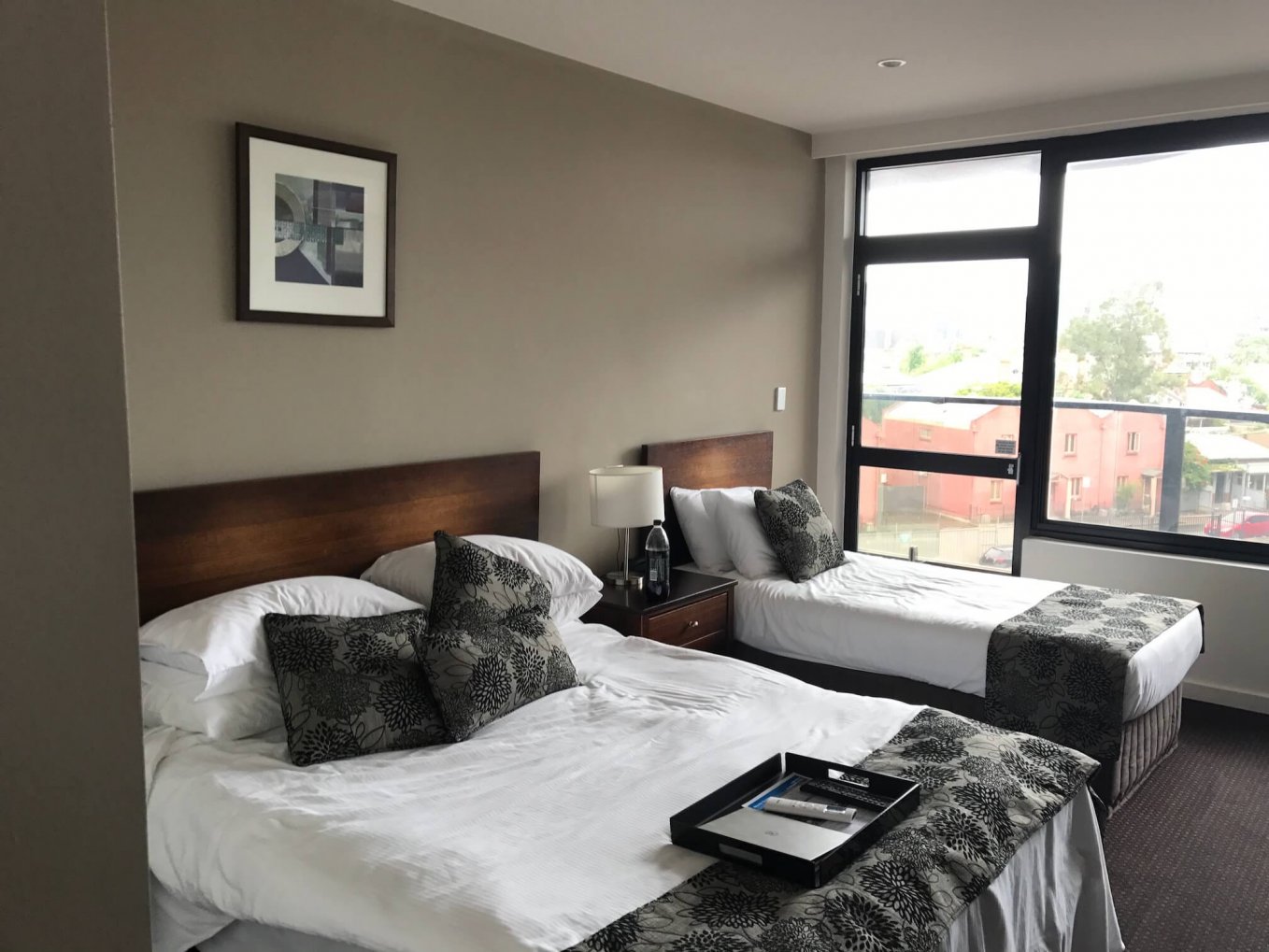 Twin Beds were a little weird for a solo traveler. 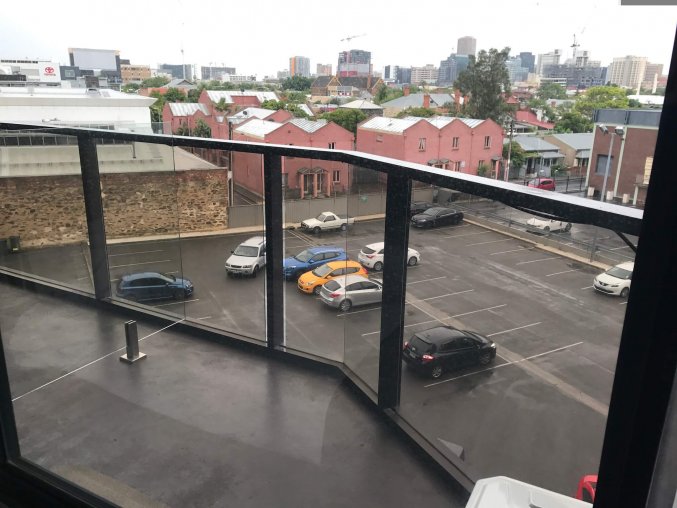 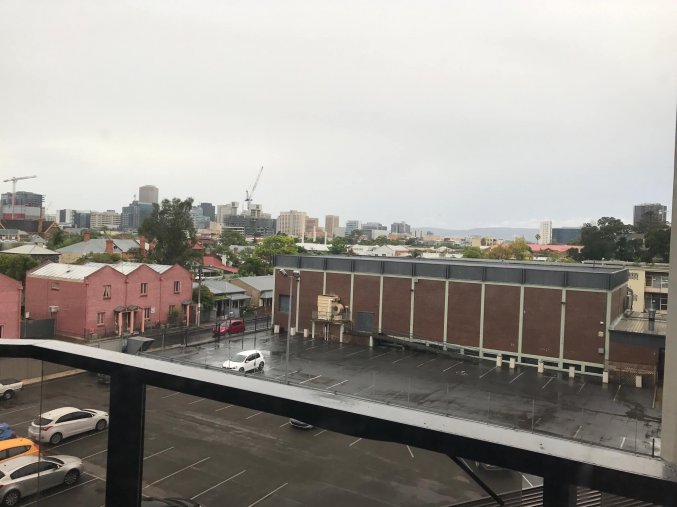 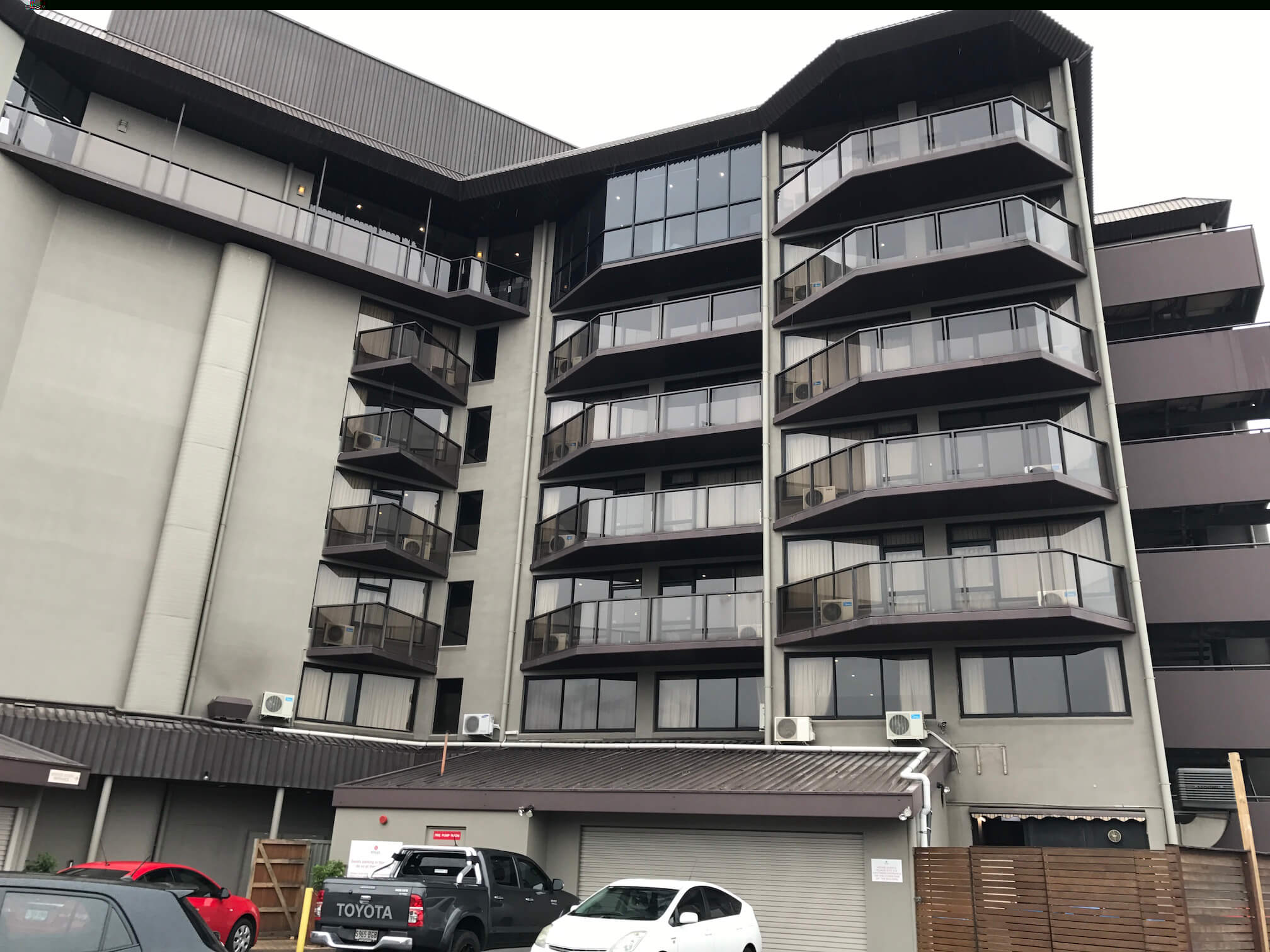 If you get a bit hungry during your stay there are some minibar options (including expensive games like dominos) and some drinks available.  In room dining is also available but only during certain hours, after that it’s nothing but the 3 pizza options after 9pm.  There are a few all night restaurants down the street (think McDonalds) and all night convenience stores if pizza isn’t your thing. 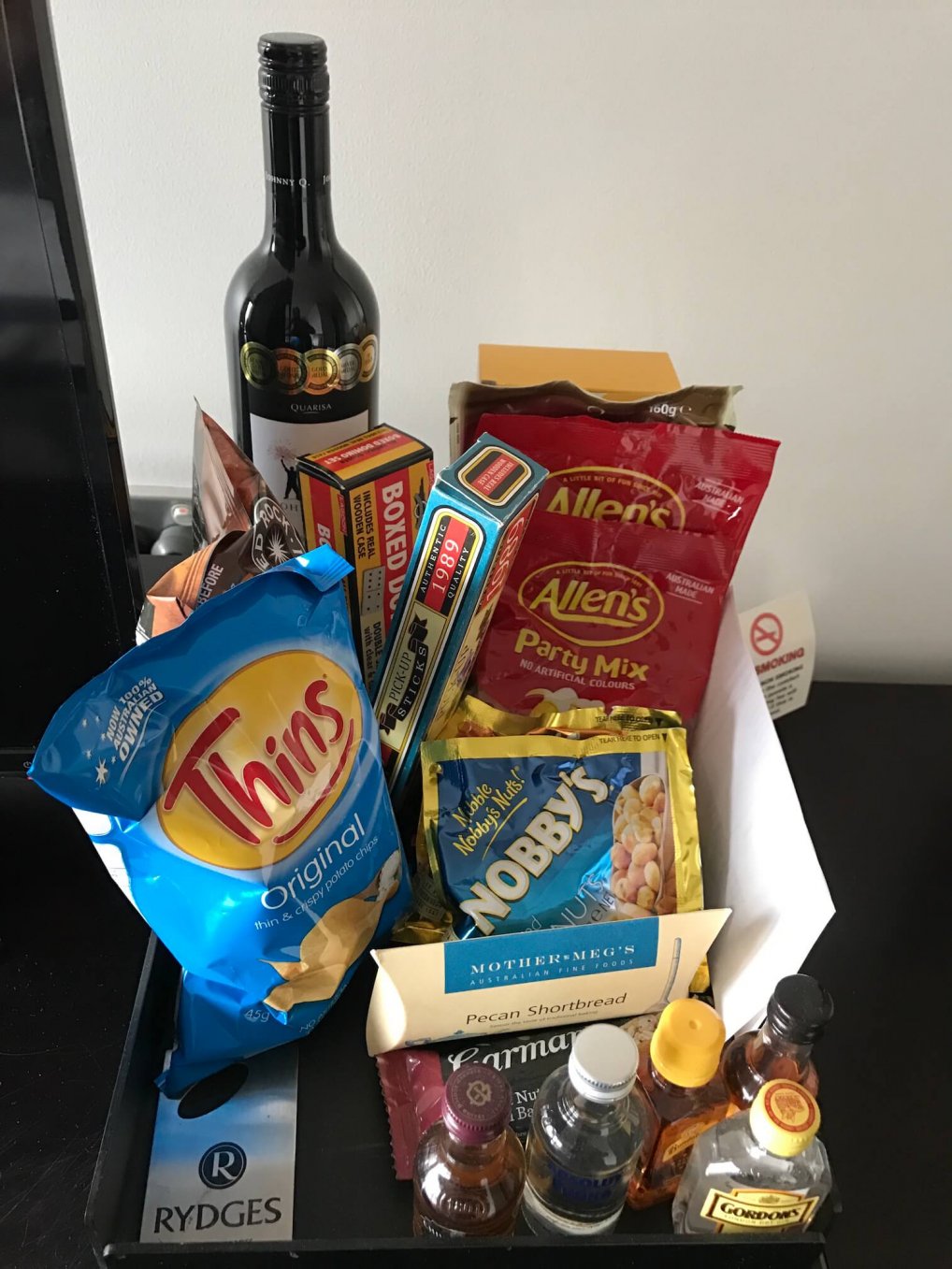 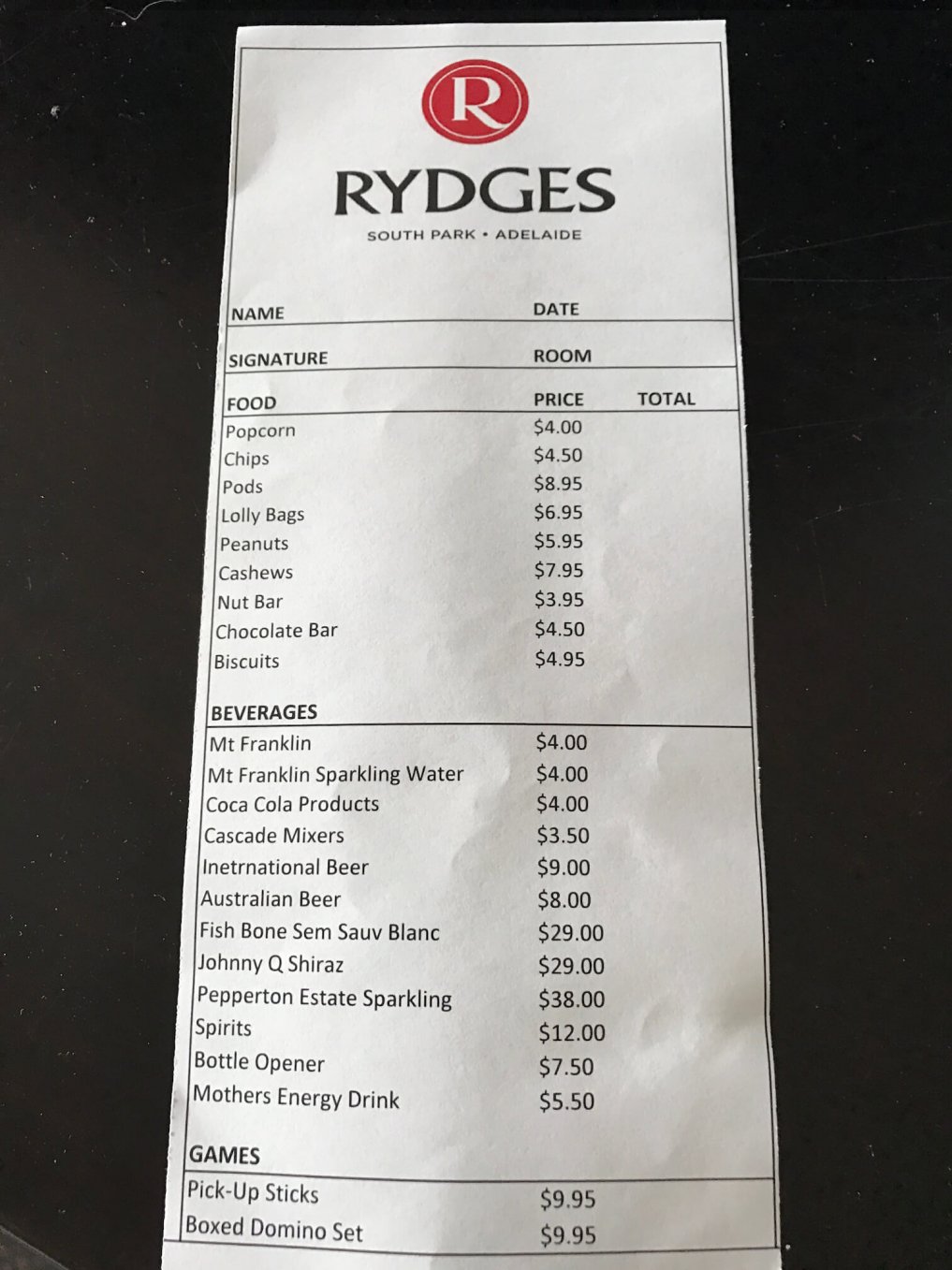 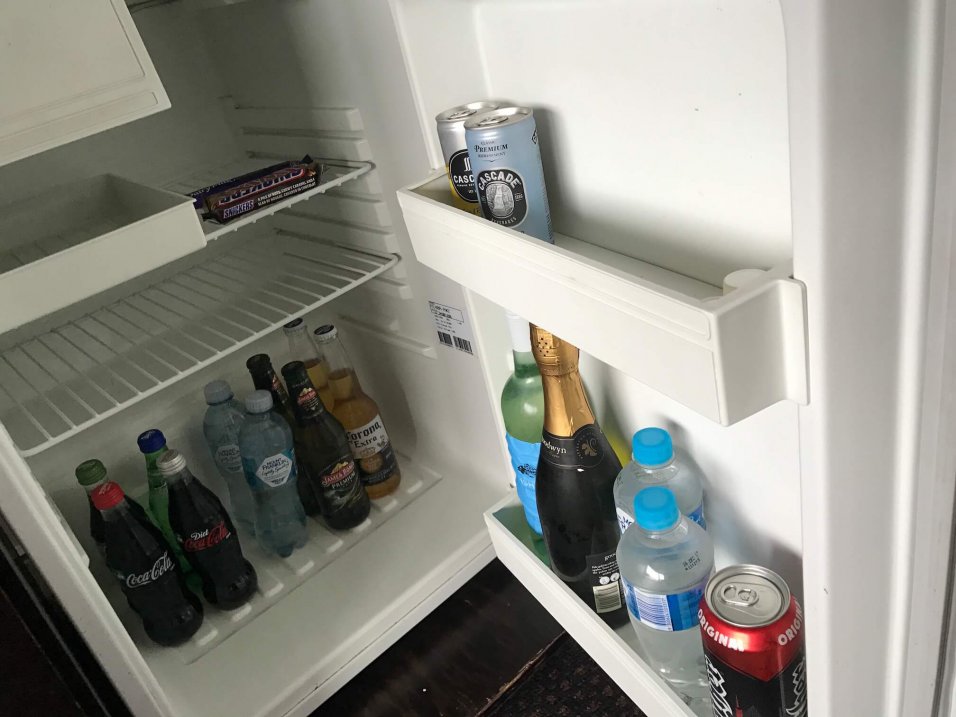 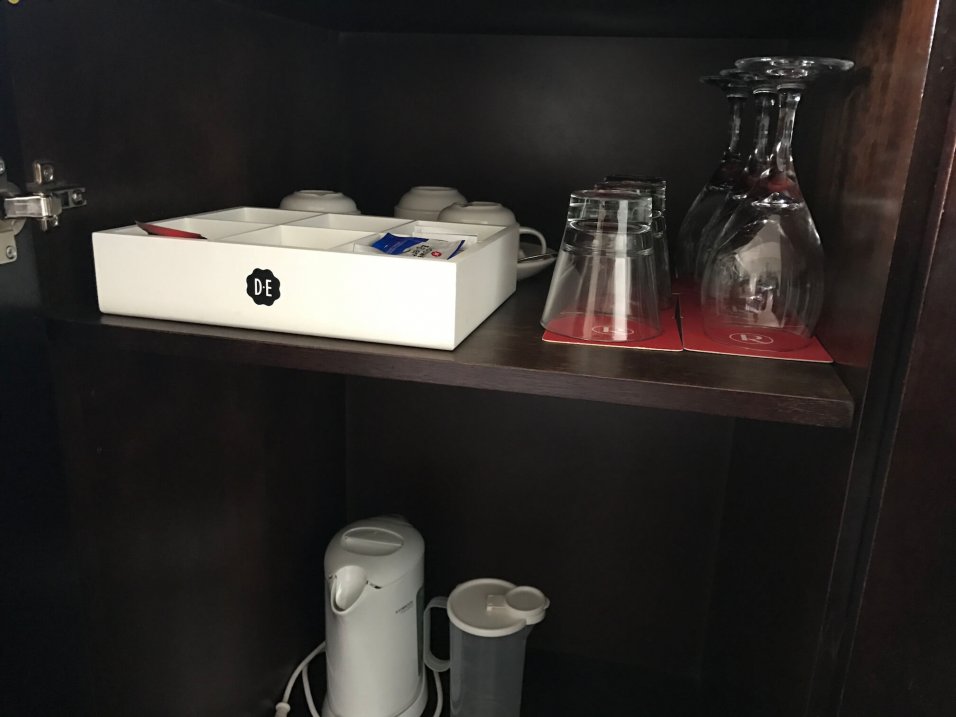 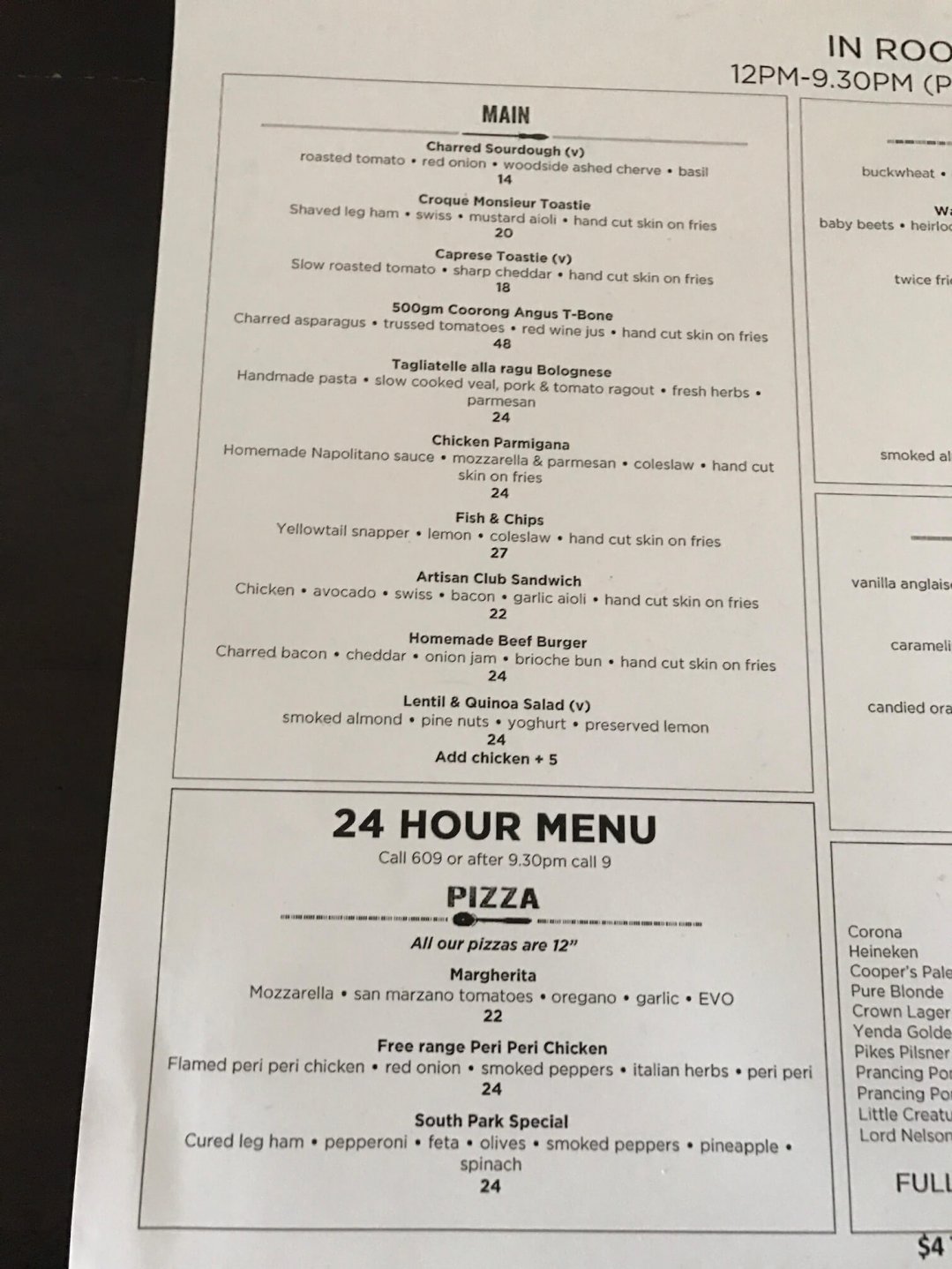 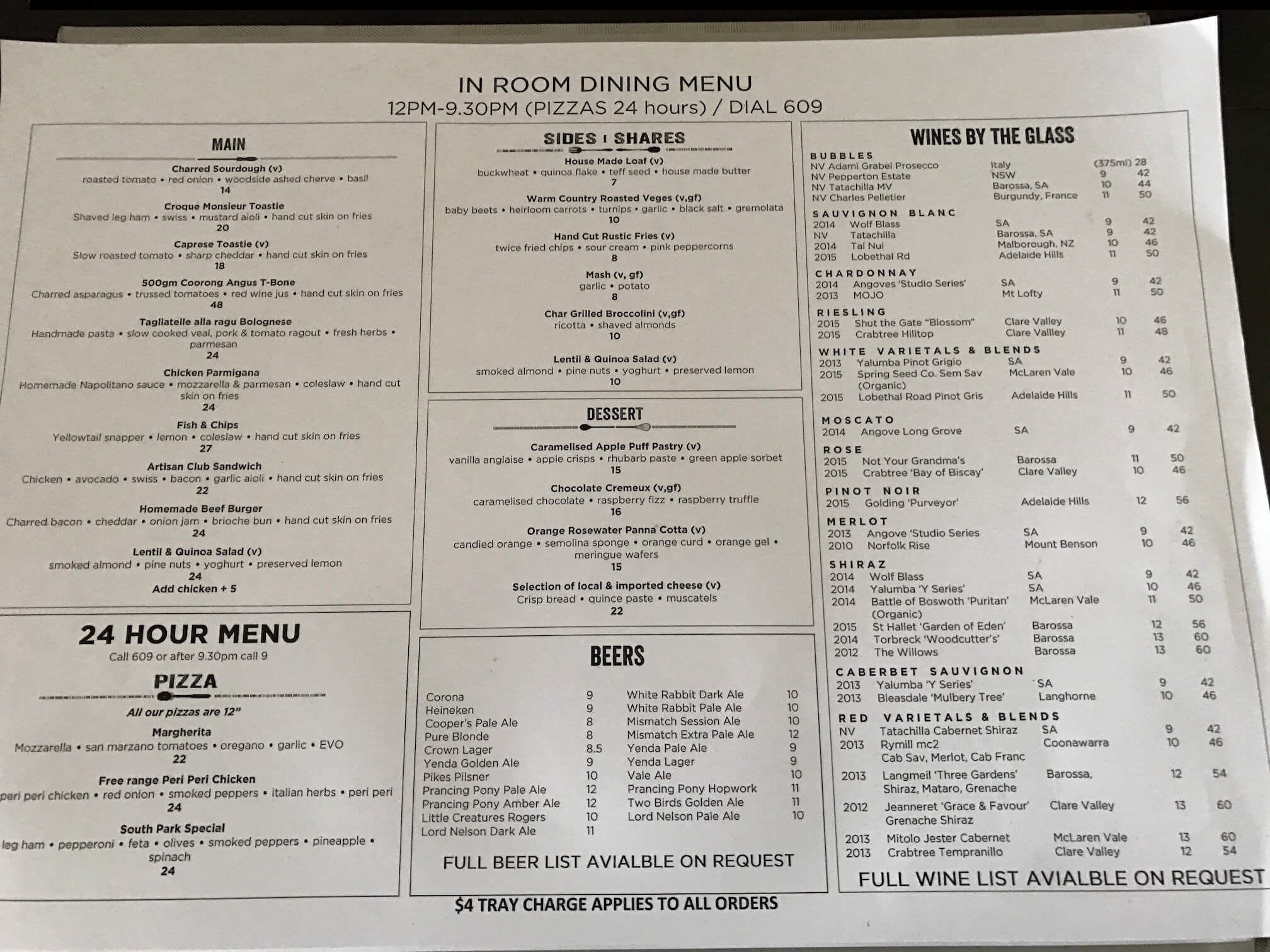 And then there’s the bathroom.  Very tiled the bathroom in itself wasn’t terrible.  But the shower …. if you’re a little on the plus size like me, you’re doomed.  The door way is very low and very narrow.  My tall friend who dropped by couldn’t get inside without bending right down and even then her head almost touched the ceiling while standing in there. 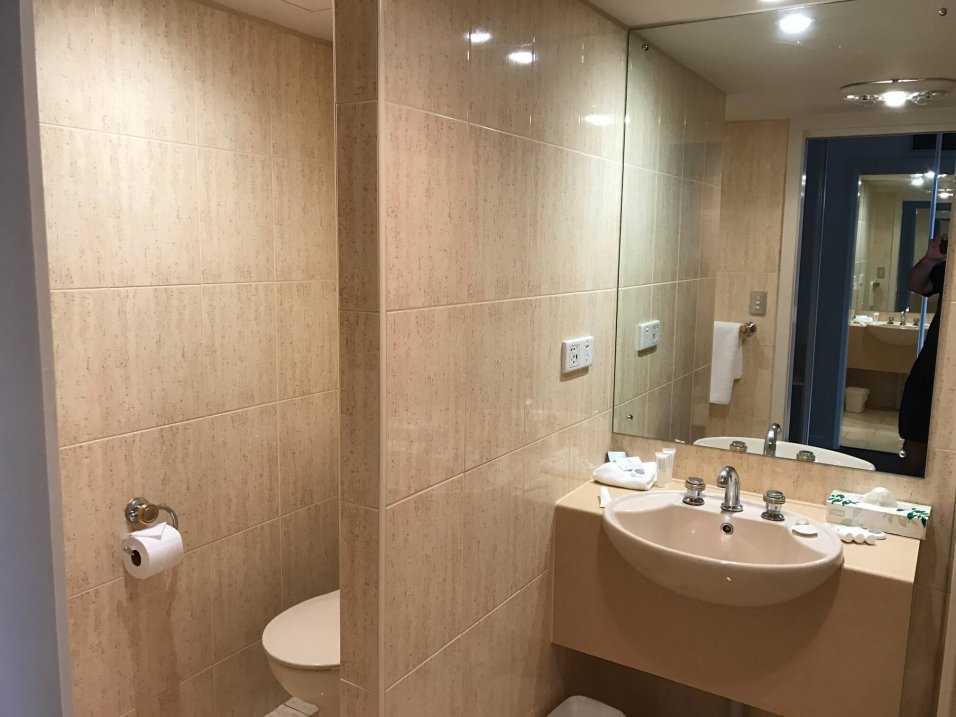 .. except for the shower, that feels like it was built for a child. 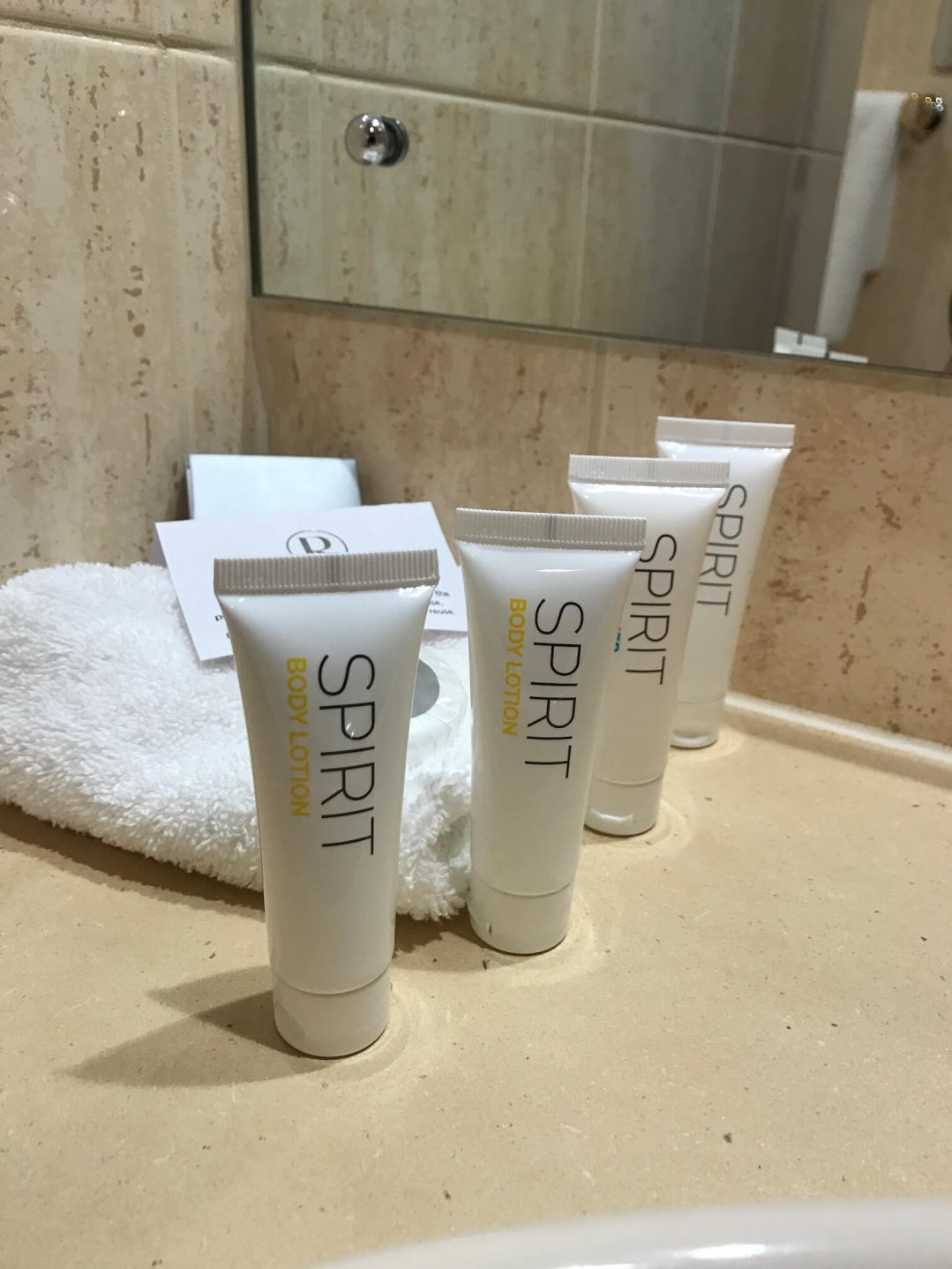 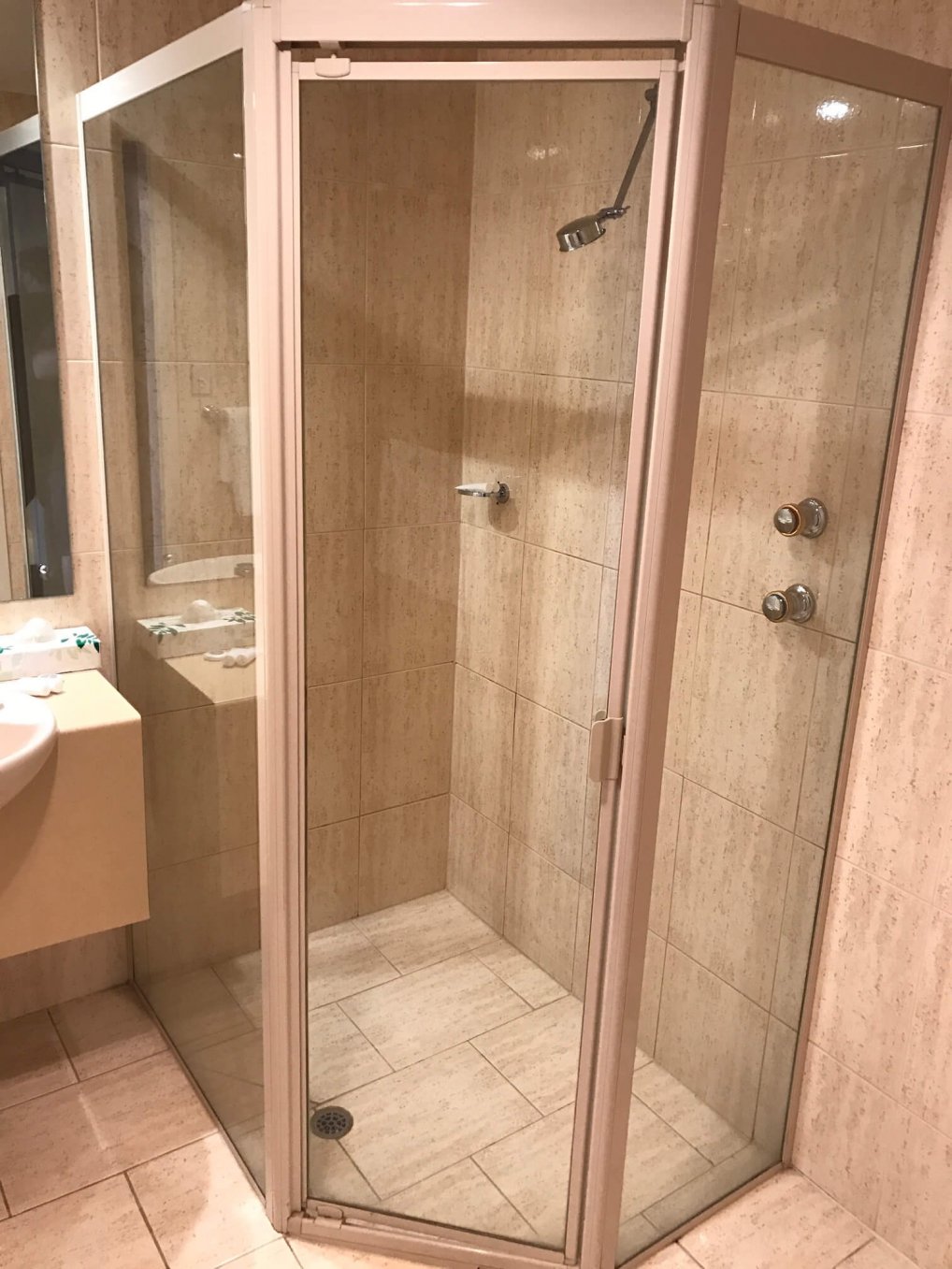 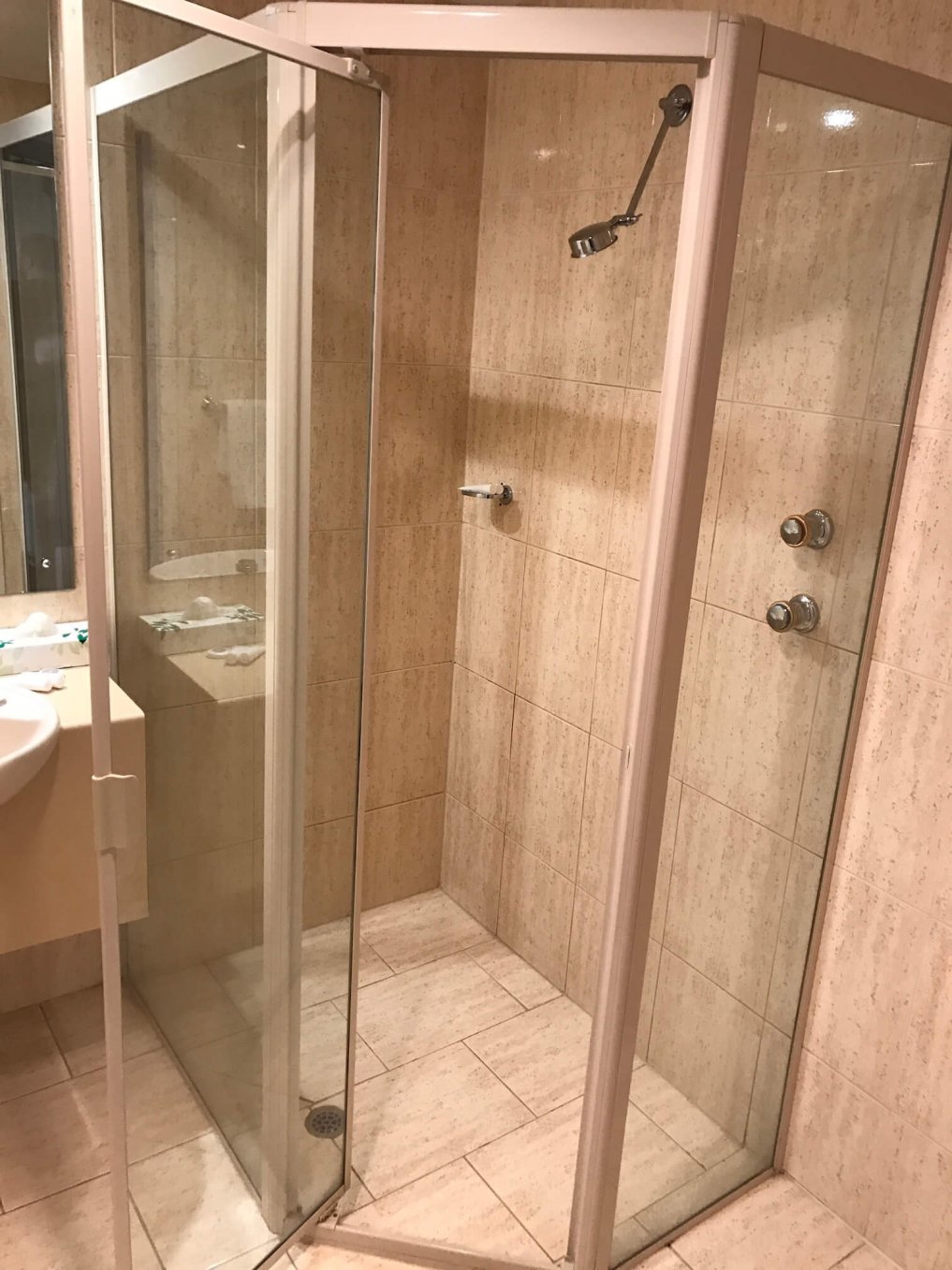 The portal to another world is now open, if you can fit.

I might stay here again as it is in a fairly good location and the staff were friendly, still don’t like the bathroom.