On the 23rd of June 2017 Qantas flew one of their Boeing 747-400s between Sydney (SYD) and Auckland (AKL) due to high passenger demand operating flight QF144.

At 1115 the 747 touched down in Auckland and was spotted from the terminal taxiing in to bay 6. 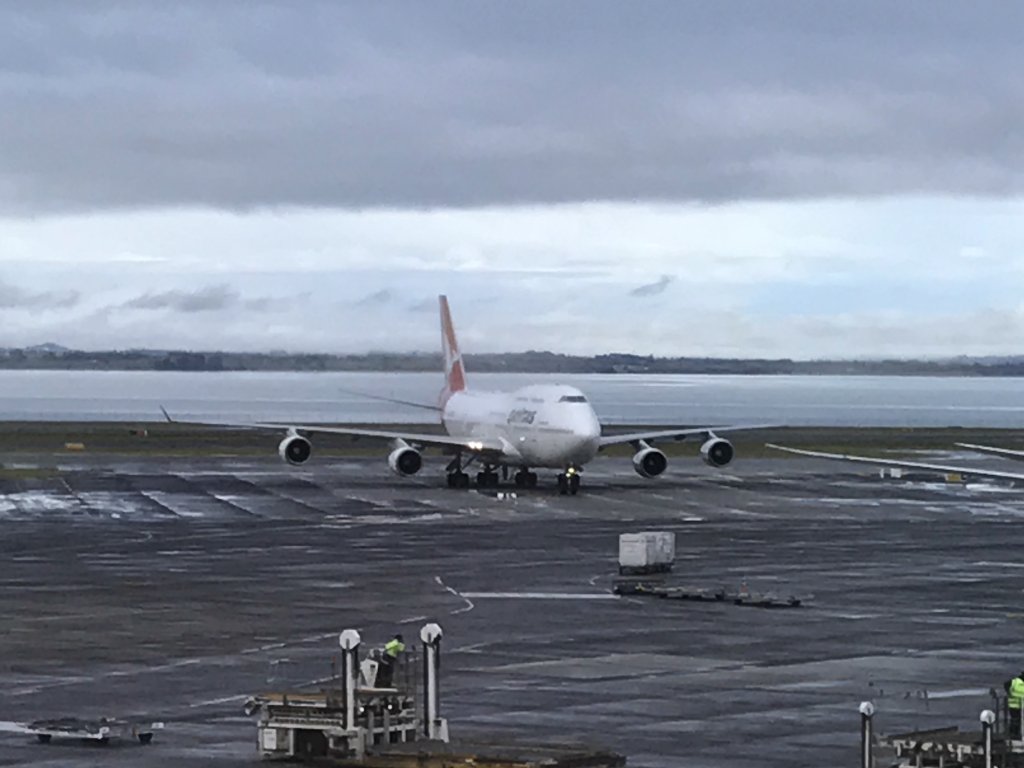 At 1250 the boarding process began.  There weren’t many people on the return leg so it was a quick and easy process.

Doesn’t she look beautiful sitting there at the gate. 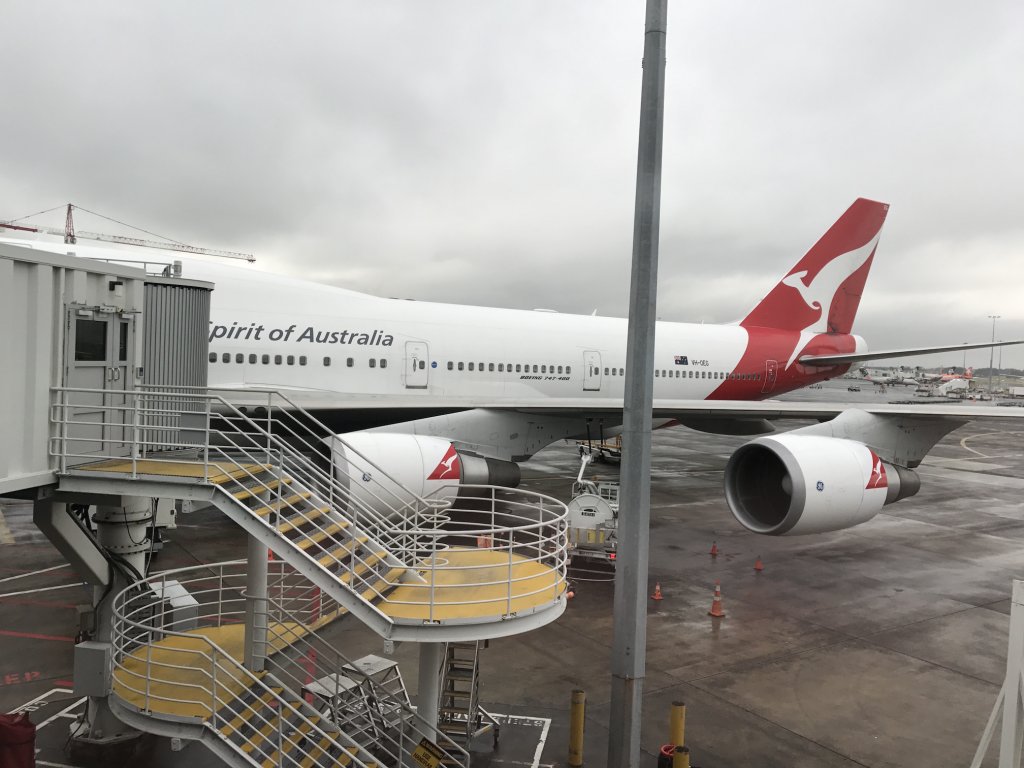 After boarding and the cabin door being closed the announcement was made.  There was a problem with the aerobridge and it couldn’t be moved.  We were left waiting for the Auckland Airport engineering team to come and try and fix it.

About 45 minutes or so later it was announced that the aerobridge had been moved but in the process had scratched up the aircraft and we were now waiting for engineers to assess the damage to determine if Qantas Engineering back in Sydney would let us fly. 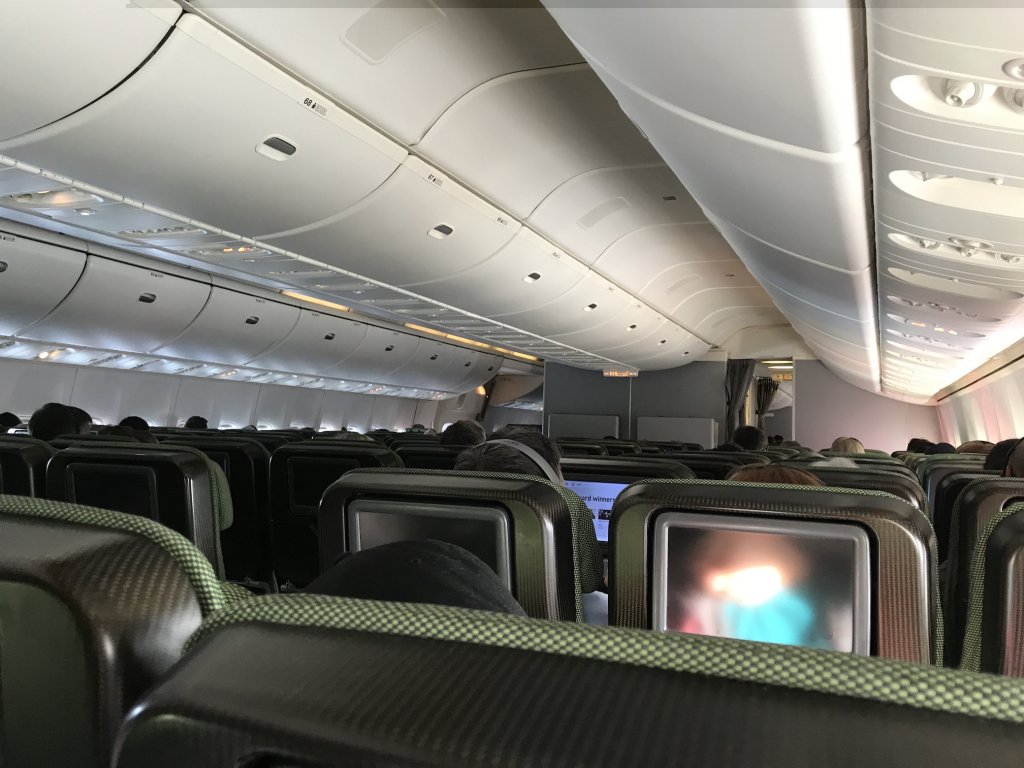 An hour later we were given the all clear.  Throughout the process the cabin crew and the captain were making frequent announcements keeping us informed and cabin crew were bringing around drinks to keep us happy.

Finally we pushed back, made for runway 23L to takeoff to the west.  The engines were throwing up the water on the apron which you can see in the following video.

You can watch my flying experience here.  Be sure to watch right to the end, there is a great view of Sydney Harbour.

Along the way I got some great wing photos with the pacific below, the clouds aplenty and the sun setting off in the distance. 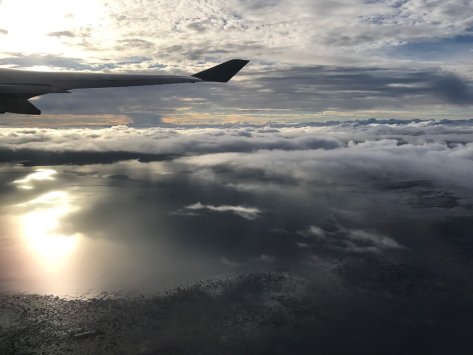 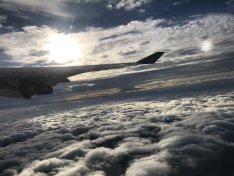 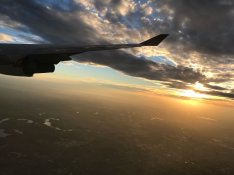 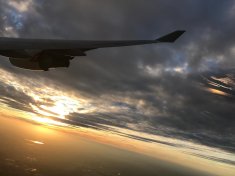 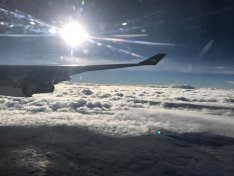 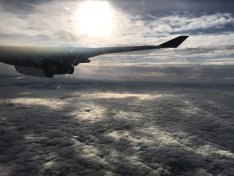 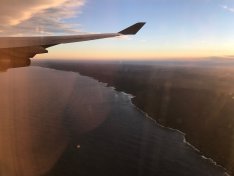 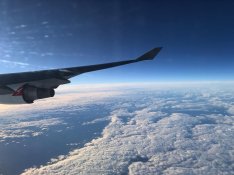 Once we finally landed back in Sydney the poor 747 looked a bit sad there, knowing it had some minor damage and would be off to the Qantas Jetbase for some TLC made it less sad and the following morning (Saturday 24th) I saw VH-OEG takeoff for Johannesburg (JNB) so she’s all fixed up and ready to stretch her wings yet again. 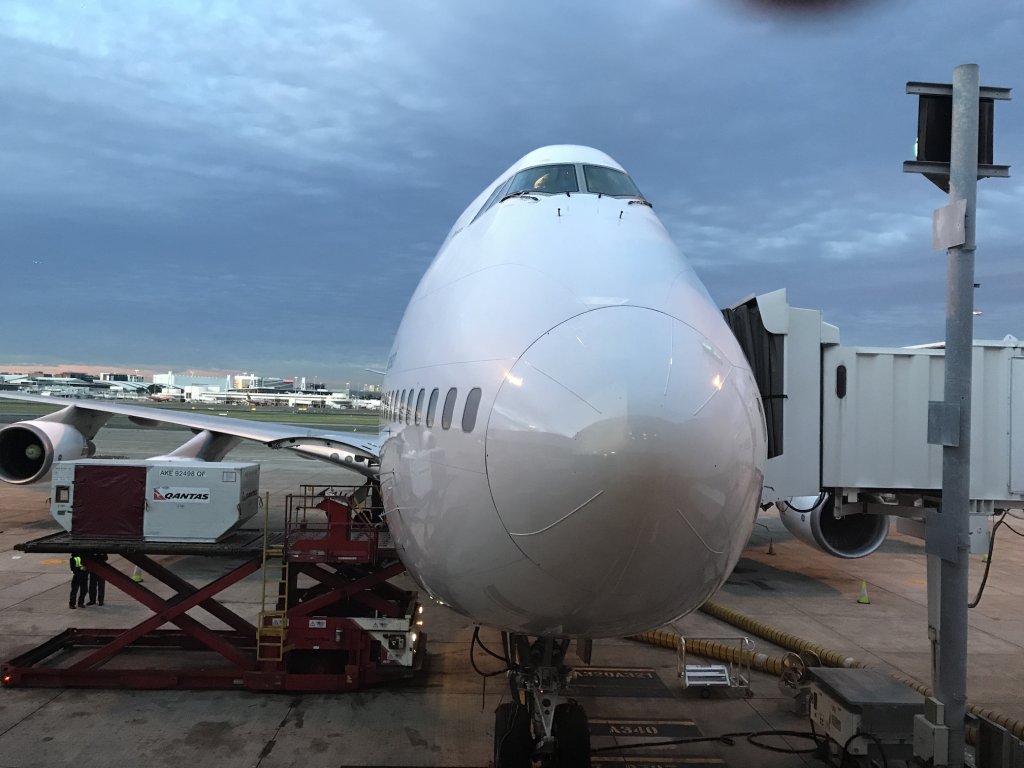 And finally for anyone who wants to see the flight path you can watch that here: